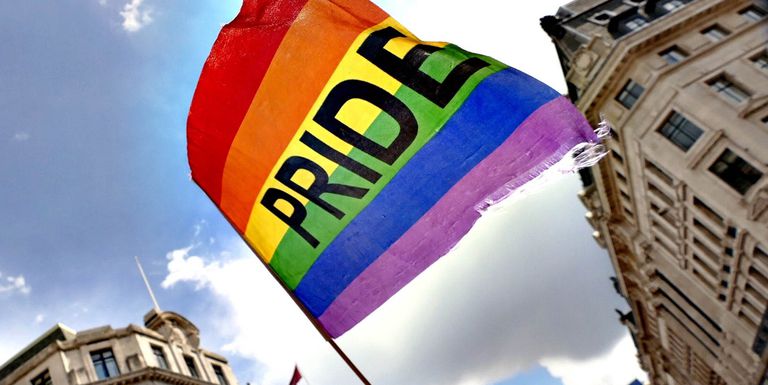 Western nations usually take a very liberal approach to LGBT+ legislature, with more of them accepting gay marriage and equal rights. In other nations, particularly those in the Middle East, it is now increasingly dangerous to be gay, and LGBT+ travellers will be aware that homosexuality is punishable by lengthy prison sentences or even death in countries such as Afghanistan, Iran, KSA, Mauritania, Nigeria, Qatar, Somalia, Sudan and the UAE.

However, whilst the law is one thing, social norms are often very different, and LGBT+ travellers face problematic grey areas with differences between their legal status and dominant social attitudes. Despite the official legal status of LGBT+ travellers, they may not actually be protected against anti-social behaviour or violence from the wider community, or even from law enforcement. LGBT+ travellers need to have a broad understanding of the nuances in each destination location, and of what they can do to protect themselves and their fellow travellers. The following article considers the likelihood of violence from changing laws and varying social attitudes in a selection of different places across the world. It is not an exhaustive list, but will highlight the root causes of some problems that persist for LGBT+ travellers, and will recommend some approaches to guarantee their safety.

Opaque Legal Status
Some of the most problematic nations for LGBT+ travellers are those in which the legal status of its LGBT+ citizens is unclear. One of the best examples of this is Egypt, positioned between comparatively liberal European countries to the north, and less tolerant, more socially conservative countries in Africa and the Middle East. Its legal structure reflects this complicated geographical and historical position on the world stage, and it suffers from being opaque in its approach towards the LGBT+ community. Whilst the police use online dating apps to arrest LGBT+ people, and in the last five years as many as 500 LGBT+ people were detained on “moral charges” by President al-Sisi’s government, being gay is not actually a crime in Egypt.

There is even an equal age of consent for same-sex relations. In short, the legal status of LGBT+ people does not reflect the official punishments meted out to them. This muddled situation is a reflection of the political changes that have taken place since the Arab Spring, and the differences between the more Islamic administration of Mohammed Morsi, the autocratic regime implemented by al-Sisi, and the different political stimulants that have led to changes in the legal code and in social attitudes. For the LGBT+ traveller, the risk is that if faced with threatening behaviour, they will not feel confident in seeking the support of the police.

Similarly, the legal system in Azerbaijan apparently permits homosexuality, and yet the government and police are openly hostile towards the LGBT+ community. Homosexual activity is also officially legal in Turkey, but Erdoğan’s authoritarian government openly launched crackdowns against the domestic LGBT+ community in 2017, with the president declaring that empowering LGBT+ people was “against the values of the nation”, pitting the Islamic identity of the country against its legal code. The legal status of the LGBT+ community in Chechnya is particularly enigmatic. Homosexuality is legal, as the territory comes under the legal jurisdiction of Moscow; however, not only does that mean Chechnya must also abide by President Putin’s law against the promotion of homosexuality, but it is also obliged to comply with the directions of its own strongman, Ramzan Kadyrov, who ordered widespread persecution of the LGBT+ community in 2017, and who has since declared that there are no homosexuals living in Chechnya.

Different domestic institutions pushing different agendas
The problems in Iraq are equally confused, more due to the failure of the legal system in different provinces of the nation. The Iraqi legal code does not criminalise same-sex activity; however, the dominance of much of the country by Sunni militias and Sharia judges has led to large numbers of executions and violent penalties regardless of the law.

The presence and influence of Islamic State has waxed and waned, but throughout 2018 its activities have increased, especially in northern provinces such as Diyala, Salahaddin and Kirkuk. Islamic State has a history of targeting homosexuals, and has made it a regular practice to conduct executions that are officially extra-judicial, but are still justified within Sharia law. Whilst LGBT+ travellers are less likely to make visits to a country suffering the problems of Iraq, they still need to be conscious of where they stand legally, the most dangerous regions to visit, and how they can protect themselves.

Legal LGBT+ status, but institutionalised homophobia
The situation becomes more complex in countries where the LGBT+ community enjoys full official legal status, but where homophobia has effectively become institutionalised, such as in Russia. Whilst gay events in Moscow are well- attended and regular, President Putin increases his popularity with his far-right base by proposing laws that prohibit public displays of homosexuality.

Other legislation that bans the “promotion of homosexuality” has made life increasingly difficult for the Russian LGBT+ community, and has been denounced by the ECHR. One man, for instance, was recently arrested and charged for brandishing a sign stating that being gay is okay. Such legislation has fuelled the aggression of far-right organisations, who are increasingly well-organised across Russia and deliberately target LGBT+ groups and individuals. Links of these groups to football hooligans are well-documented, and with the FIFA world cup currently being held in Russia, they have a unique opportunity to target LGBT+ supporters. Security services and the judiciary make no effort to pursue or prosecute these gangs, as the Putin government seeks to generate support for itself, and does not want to risk unpopularity by standing up to support the LGBT+ community.

As Putin fails to deliver economic progress, he increasingly makes reference to traditional Russian institutions of a bygone era, such as the Russian Empire, and the Russian Orthodox Church, deliberately appealing to Russian nationalists: as a result, Russian legislation also bans blasphemy – another attempt to pander to the demands of social extremists. The connection between state- sanctioned homophobia and the modern Russian church is confirmed by some of the homophobic gang activity, in which priests go so far as to bless the rocks with which gang members attack lone LGBT+ men.

Legal LGBT+ status, but widespread community homophobia
Perhaps the category of country where LGBT+ travellers will most commonly face threats is those destinations where LGBT+ people have a recognised legal status equal to everyone else, and yet face day-to-day homophobia from individuals and communities. They may be recognised by the state in a clear law code, and security forces may protect them where possible, but society has not progressed to the stage of actually accepting these individuals.

This group consists of many countries that will be popular destinations for LGBT+ travellers, often developing nations publicly following the lead of the liberal west while their more conservative, traditional societies are yet to catch up. Croatia and Hungary, for instance, give legal recognition to civil partnerships, but both nations experience high levels of homophobic violence in which gay travellers have been targeted by far right groups or violent individuals.

Even in countries where legislation recognises and protects gay couples as much as straight ones, such as the United States, hostility towards LGBT+ people can be high: in recent years in the US, there has been an increase in the number of religiously-affiliated schools requesting exemption from LGBT+ anti-discrimination laws, on the grounds that these laws are contrary to their supposedly fundamental teaching. As a result, homophobic crime in the United States is comparatively high, and has increased in recent years (over 1,000 incidents against LGBT+ people in 2017, with approximately 65% targeting gay men, and 50 murders).

Geographic variation
Some nations are so large that attitudes vary from region to region, and travellers face differing reactions across the country. Brazil, for instance, poses a complex network of risks to LGBT+ travellers, despite the generally liberal nature of the society. Homophobia (including discrimination, harassment and violence) is conducted by a variety of religious and social conservatives in rural provinces (such as Paraná, Bahia, or in the sparsely-populated high plains of Mato Grosso) or the urban favelas (the low-income, slum neighbourhoods of major cities such as São Paulo). Some areas are very accepting of LGBT+ people, usually the more middle-class neighbourhoods of large cities such as Rio de Janeiro, where Copacabana and Ipanema are popular destinations for the LGBT+ community, and hold large-scale LGBT+ events. Running through Brazilian society is a deeply-rooted cultural conservatism drawn from its Catholic identity, which finds itself at odds with the modern world’s desire for liberal progress. As Brazil reviews its position as one of the important developing economies in the world, seeking a place alongside leading nations, LGBT+ travellers are likely to find this variation in social attitudes to be confusing and sometimes dangerous.

Practical travel advice
Any advice for LGBT+ travellers must begin with the recommendation to seek as much up-to-date information about a particular destination as possible. This should include not only information concerning legal recognition, but also that regarding support from local authorities, general social attitudes, and regional variations. FCO research has suggested that only 46% of LGBT+ couples research the social attitudes of a country before booking overseas travel: this raises the risk of couples holidaying in a country or region with a homophobic population that could pose a serious threat to their security. The first port of call for this information should be local and regional LGBT+ organisations and their networks, who should be able to provide all the information that a traveller needs.
Communication is the most important thing once a traveller has set off. This could take a number of different forms, the obvious being to arrange regular calls with a trusted contact overseas. This will reassure friends or family about a traveller’s safety in any country renowned for homophobia. In countries where travel is more dangerous, a better option is to use an emergency response company that can issue travellers with tracking devices that will provide regional security updates, two-way communications, and emergency alert buttons in case an evacuation becomes necessary.