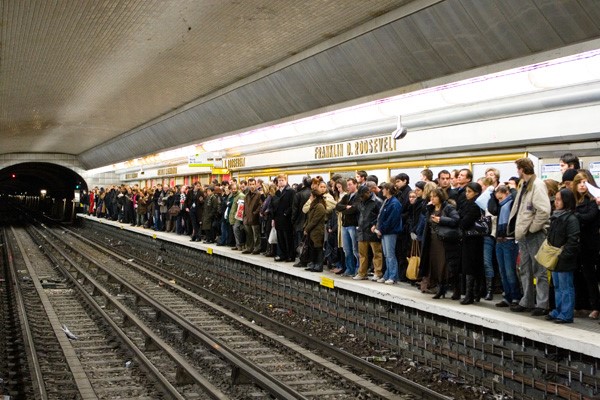 The largest public sector strike that France has seen in decades began yesterday. Hundreds of thousands of workers have walked out of their workplaces indefinitely in opposition to pension reforms by President Macron. The pro-business president has come up against widespread criticism of his attempt to streamline the pension system, which would universalise the 42 different pension schemes currently in place under one points-based system. However, this has been seen as a direct challenge to the public sector, who are in danger of losing their privileged status when it comes to pensions. The current strike has brought the country to a halt, in order to pressurise Macron into concessions. Thursday saw 800,000 protest across France, with violent pockets subdued with tear gas by security forces. Civil unrest is set to continue over the coming days as protesters have set out their intentions to continue until Macron drops his proposal.

Teachers, hospital staff and workers at public attractions have walked out leaving schools closed, hospitals unstaffed and attractions such as the Eiffel Tower closed. A lack of ail staff, firefighters, air traffic controllers and electricity workers have meant transport services have been disrupted. The majority of Paris’ metro lines have been closed, high-speed TGV trains services nationwide have been cancelled and thousands of flights have been disrupted. Consequentially, non-striking workers forced to use their cars have caused hundreds of kilometres of traffic jams around Paris. There is also the risk of fuel shortages in the coming days if blockades of oil depots continue.

President Macron’s previous attempt to challenge the welfare system failed after his plans to increase a fuel tax were dropped in the face of widescale protests. The original protest movement was named the Gilets Jaunes and still continues across France, protesting weekly. Whilst numbers have dropped, the movement has developed a wider anti-Macron and anti-government orientation. In November, the group marked its one-year anniversary with protests that caused travel disruption across the country. The new wave of strikes have the possibility to invigorate the declining turnout of the Gilets Jaunes with a wave of momentum to the movement that it hasn’t seen since its formation last year.

The nationwide strike will be Macron’s greatest challenge of his presidentship to date. After making concessions to the Gilet Jaunes last year, any further concession to these strikes may spell the end of his time in office. His attempts to reconcile with the population through a nationwide town hall tour seems to have failed to create acceptance for his reforming agenda. Strikes in France are common, however the scale of these strikes is likely to make or break Macron’s future and risk throwing France into a political crisis.

NGS advises that travellers to France should:

– Contact travel agents to establish the validity of flights before travel

– Be vigilant for any deterioration in the local security environment, such as an increase in civil unrest

– Make contingency plans for any transport disruption, including consideration of alternative routes and access to unaffected hospitals and airports