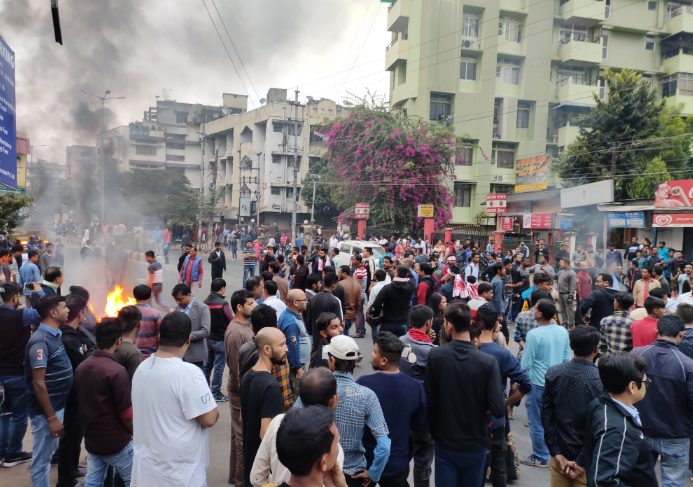 Prime Minister Narendra Modi has overseen the passage of the Citizenship Act, a law that grants Indian citizenship to recent immigrants of minority religions, with the notable exception of Muslims. On Wednesday, the Indian supreme court postponed any challenges to the passage of the law.

Much of the population is interpreting this move as an attempt by the populist, Hindu prime minister and the governing BJP to marginalise the 200m-strong Muslim community, appeal to the wider Hindu electorate and create divisions within society that can be exploited for electoral gain. The result has been widespread outrage across large pockets of the population, particularly amongst the 14% of the country that is Muslim.

Local authorities have imposed bans on public gatherings, and curfews have been imposed in a number of areas, including Assam. However, thousands of people have defied bans and curfews to conduct demonstrations in a number of provinces, including Bengal, Bihar, Maharashtra, Punjab, Tamil Nadu, Uttar Pradesh and Karnataka, particularly the urban areas of Sambhai and Lucknow. Of even greater concern to the government have been the protests that broke out this week in New Delhi.

Police have used tear gas, baton rounds, some live rounds, and beatings to control protesters. At least four people have been killed by the police response. After protesters defied bans in New Delhi on Thursday, the police arrested at least 200 people.

Some protests have been non-violent, but the deployment of public order police units has increased the risk of violence. Some of the protests have involved several hundreds of people, resulting in very serious transport disruption in certain districts. Local authorities have closed railway stations and shut down mobile communications in an attempt to restrict the movement and co-ordination of protesters, with the inevitable effect of disrupting operations to local communities and businesses. More demonstrations are planned for this week, and are expected to continue into next week.

NGS advises that travellers to India should:

– Remain vigilant for outbreaks of violence in other regions, particularly majority Muslim areas

– Seek local advice regarding the ongoing risk of civil unrest

– Be vigilant for an increase in petty crime in crowded areas

– Monitor local media for changes to the political, security and operational environment