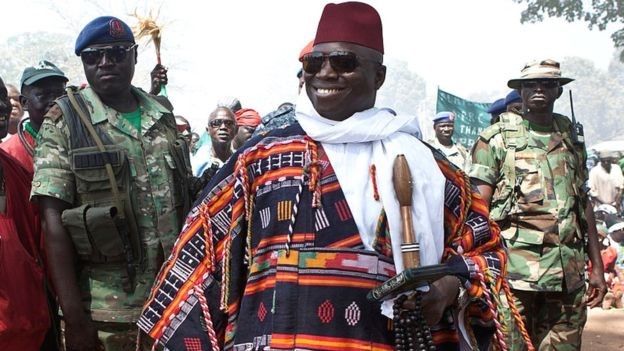 After leading a military coup, Yahya Jammeh ruled The Gambia from 1996 until 2017. He is now making noises about returning from exile, which is very likely to result in widespread civil unrest between different communities across the country.

Jammeh proved to be one of the most unacceptable West African leaders to the international community. During his presidency, he oversaw a spectrum of human rights abuses and suppressive domestic policies that reflect the extreme levels of his dictatorial authoritarianism. While living in luxurious accommodation in Banjul, he stole an estimated USD1bn from the state exchequer, raped office staff and awarded himself grand titles, caring little for the economic and social development of The Gambia itself.

His domestic policies were generally backed up by threats of extreme violence. Opposition politicians and journalists disappeared during his presidency, and he promoted the death penalty for his political opponents. He threatened to personally murder members of the LGBT community, and he had protesting students shot during a demonstration in 2000.

Jammeh’s apparent preference for traditional West African beliefs led to further human rights abuses. He claimed to be able to cure HIV and infertility by his own personally-developed herbal remedies, which he subsequently extended to cure HBP and asthma. He oversaw an operation run by government witch-doctors, during which hundreds of local nationals were arrested and imprisoned on charges of witchcraft.

Jammeh was removed from office in December 2017, after unexpectedly losing an election. He fled to Equatorial Guinea under the threat of military action from Senegal after initially refusing to accept defeat.

Last weekend, the leader of the ORJ party released recordings of Jammeh speaking with party officials, in which he announced his plans to return to The Gambia: “Apart from Allah, nobody can take me out of The Gambia”, he says in one recording. The party has subsequently stated that Jammeh is “on his way back”. This week, Jammeh was warned by the Gambian government not to try to return from exile in Equatorial Guinea.

It is not a straightforward issue, despite Jammeh’s record of authoritarianism and misrule. He still has thousands of supporters, mainly from his Jola ethnic group, who demonstrated in Banjul on Thursday, demanding his return.

Many protesters come from a growing anti-Barrow movement. Jammeh’s replacement as president, Adama Barrow, has already made himself unpopular by deciding to remain in office for five years, two years longer than his mandate. Thousands of these protesters marched in Banjul in December. Further protests are planned throughout January, to demand that Barrow calls elections. However, authorities have banned all anti-government demonstrations.

Violence between pro-Jammeh, pro-Barrow and general anti-Barrow demonstrators is very likely in the coming weeks. Gambian security forces are poorly trained and resort to violent tactics to break up the smallest of protests, which very often results in fatalities. If Jammeh returns to the Gambia, then the risk of civil unrest and further political violence is very high. As a former military commander, Jammeh may command the loyalty of much of the Gambian army, to the extent that a military coup may result.

NGS advises that travellers to The Gambia should:

–  Ensure they are staying in secure accommodation

–  Remain inside accommodation if localised violence breaks out

–  Avoid all demonstrations, rallies and large public gatherings, particularly if security forces are deployed (which is likely, given the recent ban on public protests)

–  Remain inside after dark, and should not walk outside on their own

–  Monitor media for local political developments that will impact the security situation (local media may not give impartial reporting, so international media may be of greater value)