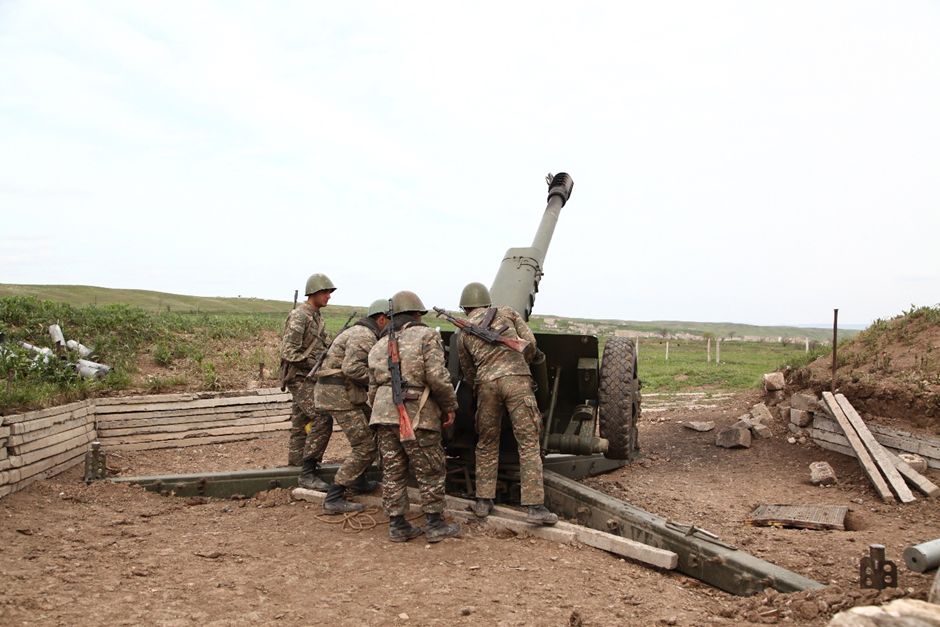 Conflict has broken out between Armenia and Azerbaijan in the Tavush and Tovuz regions (along the border) in the last few weeks, the worst outbreak of violence between the nations in at least four years. Both sides accused one another of shelling villages and military positions early last week. The previous weekend fighting had erupted, reportedly involving artillery fire and attacks by armoured units. Yerevan reported a major victory over a unit of Azeri commandos on Tuesday evening, a report denied outright by Baku. Tensions remain high along the border, and diplomatic channels have broken down. At the same time, civil unrest broke out in Baku on Wednesday last week, when 30,000 people demonstrated their support of the Azeri military, protested against the government’s failure to take a harder line against Armenia, and demanded war.

Modern tensions between Armenia and Azerbaijan relate almost exclusively to Nagorno-Karabakh, a semi-autonomous region in Muslim Azerbaijan with a majority Armenian Christian population over which both countries claim sovereignty. Previous wars over the region have been fought between the countries in 2016, and (particularly) in 1988-94, when as many as 30,000 were killed and hundreds of thousands of Azeris displaced while Moscow’s control over its outer soviets was on the wane. Clashes have persisted ever since, with both governments using the conflict to stoke nationalist support at home, and diplomatic relations between the two countries have been poor for many years.

In a region where neither the United States nor China have much involvement, Russia sees this as its back yard, particularly as both combatants were governed from Moscow until 1991. Traditionally, Russia has offered its diplomatic support to Christian Armenia, but today it is more concerned about the conflict’s proximity to the secessionist Russian provinces Chechnya and Dagestan, where Russia has been conducting counter-insurgency operations for years; with this campaign ongoing, Moscow cannot afford to have major insecurity breaking out between the two nations. It has therefore been active in organising peace negotiations between Baku and Yerevan this week. Nonetheless, at the same time, Moscow has been selling weapons and armour to both governments for many years, has military units stationed in Armenia, and has been running its own military exercises near the Azeri border.

Turkey, which has increased its foreign policy activity under President Erdogan, has expressed its clear support for its Muslim ally, Azerbaijan. Its tense relationship with Russia (both support opposing sides in Libya and Syria) has been stoked by both governments increasing their spheres of influence in the Middle East. As a result, they may yet choose to support opposing sides if the conflict becomes more substantial.

Of even greater strategic interest to both sides is that Azerbaijan is an important oil and gas exporter in the region. The Baku-Novorossiysk pipeline takes Azeri oil from Baku, through Russian Caucasus territory to the Black Sea, and the Russian government is not prepared to endure instability in the region that might risk this crucial infrastructure. At the same time, the Baku-Ceyhan pipeline brings Azeri oil from the Black Sea to Ceyhan (20 miles from the Mediterranean), and equally Ankara cannot afford to endure any insecurity around this installation, particularly as it runs through Nagorno-Karabakh itself.

Any armistice is likely to be short-lived. Well-established societal antagonism between ethnic groups in this area is a long-running issue that will not be resolved in the short- or mid-term. This antagonism is made worse by the fact that political animosity is further entrenched by religious differences.

An Azerbaijani enclave in Armenia, the Nakhchivan Autonomous Republic (NAR), is another geographic location hosting tension between the two nations, which has itself experienced violent clashes and conflict: this territory could also experience fresh deployments and violence following last week’s outbreak.

In an environment of growing insecurity, Ankara may feel obliged to deploy soldiers to protect its interests (particularly oil and gas installations) across the region. Moscow may also follow the same policy. New external intervention would likely lead to increased tensions in the wider Caucasus.

Travellers would be unwise to conduct any travel to either the Azeri border territory with Armenia, or to any part of Nagorno-Karabakh, particularly to those areas experiencing military occupation. Other considerations are:

– Ensure that appropriate security is arranged in advance, including tracking, personal protective equipment, and either a security escort or a quick response force

– Ensure that robust plans are in place for emergency evacuation (both medical and security), taking into account the need for a clear route to the airport

– Choose accommodation with a good standard of security mitigation in place

– Avoid any discussion of the 1915 Armenian Genocide (a source of major tension with Turkey), and of the Nagorno-Karabakh issue