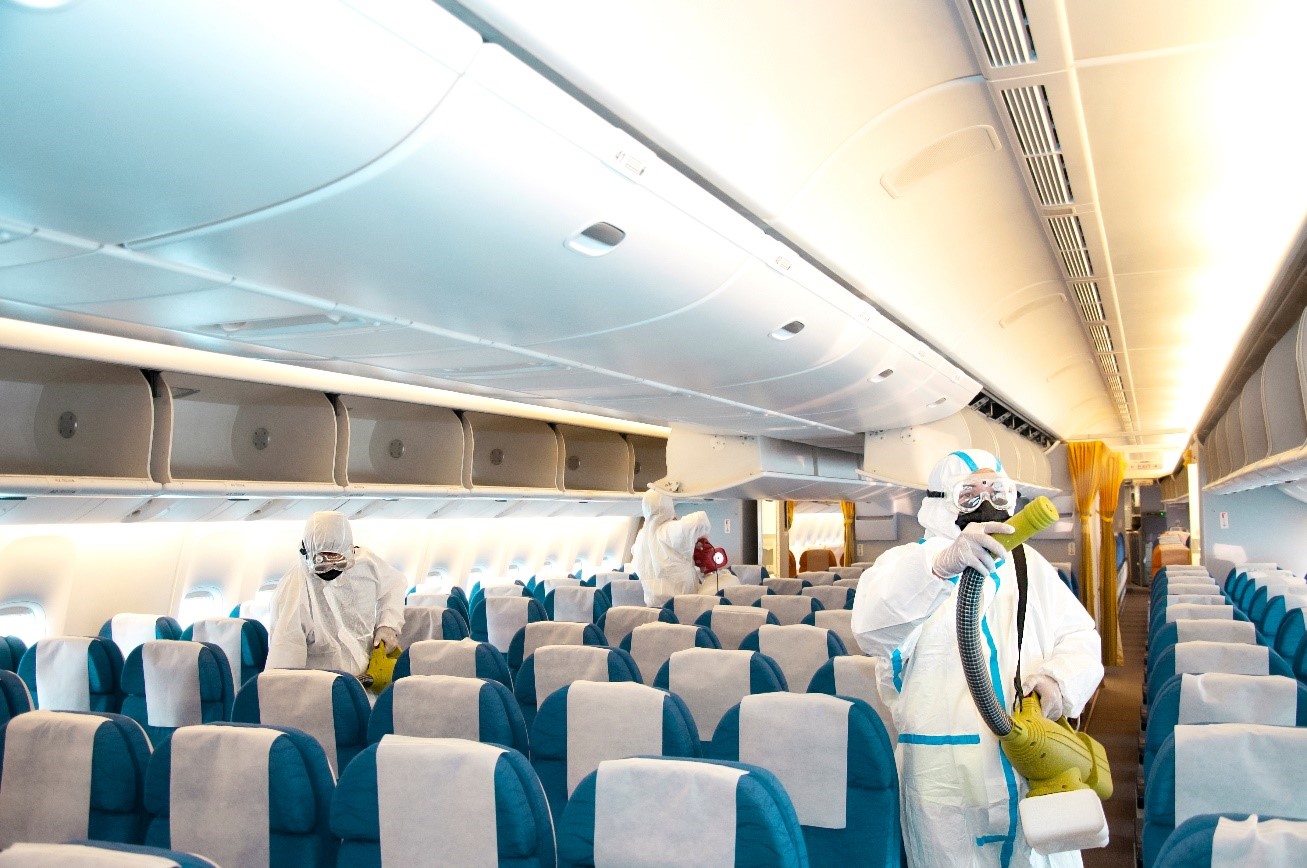 A month has rushed by since the WHO declared the coronavirus outbreak a pandemic, but we already have proof of the devastating impact it is having on the global economy. March saw a historic drop in air travel amid travel restrictions and lack of demand. Traditionally a very volatile sector, the airline industry is now facing the ultimate struggle to make ends meet.

In a desperate effort to contain the spread of COVID-19, governments have turned to bold public health measures involving social distancing and travel restrictions, which risk stalling the economy and causing recession. Most countries have imposed partial or complete border closures to foreign nationals, bringing international travel almost to a halt: during the last week of March, commercial travel declined beyond 60%, with a 96% decrease in passengers. The scale of the disruption is such that global records show a significant reduction in air pollutants and carbon dioxide emissions. The IATA predicts that without government financial intervention, only 30 of the 700 airlines will survive the summer. It is appealing to European governments as part of a global call for emergency aid of up to USD200bn that it believes the industry, worth at least USD2.7tr, will need to assist with liquidity shortages.

Due to the uncertainty over the duration of this catastrophe, most airlines have had to resort to similar stringent measures to reduce their cash burn rate and to find different revenue streams. Some have suspended operations, either completely or partially. Asian, European and Middle Eastern airlines have had to shut down indefinitely. In the United States, airlines have decimated operations, but many are still able to fly as the country’s airspace remains open. Millions of employees are being put on furlough worldwide, and fears over the length of the crisis will keep the risk of mass dismissals high. Some carriers are offering voucher schemes instead of cash refunds to travellers affected by flight cancellations in an attempt to safeguard their battered finances.

Many companies are understood to be in conversation with aircraft manufacturers to review order contracts worth billions of dollars. Airbus and Boeing have had orders for hundreds of jets cancelled or deferred. At the same time, harsh fleet restructuring plans are being implemented to advance the early retirement of significant numbers of older, less-efficient aircraft. An estimated 1,000 aircraft will be decommissioned in the US alone, and a giant like Lufthansa has already announced that one of its subsidiaries, Germanwings, will cease operating.

With demand for commercial air travel at an all-time low and with a new focus on creating new revenue streams, airlines have begun operating cargo-only flights. In these exceptional times Emirates, Delta, Qatar Airways, American Airlines and Air Canada, among others, have opted for absorbing cargo demand, transporting medical supplies and mail.

Despite these efforts, it is no secret that many airlines face bankruptcy and that governments will attach conditions to financial support rather than handing out blank checks. Partial or total nationalisations will become common practice in the upcoming months for a select number of key airlines, as authorities will seek to have a say in the future of this strategic sector. Alitalia, already a troubled flag carrier prior to the COVID-19 crisis, was swiftly nationalised in March, and plans for modernisation and downsizing are soon to be put in place.

Once the pandemic has subsided, we will be able to assess the full extent of the damage inflicted to this industry, but everything will depend on its duration. However, travellers are most likely to encounter a leaner industry. This means that some air carriers will cease to exist and that those that make it through will have reduced fleets, as demand won’t bounce back immediately.

With a diminished operational capacity many routes will disappear, there will be less frequency of flights as fewer airlines will be available, and in turn, less seats will result in higher fares. Ultimately this may result in an increase in travel time for journeys that involve connecting flights, and higher travel costs, especially when travelling to less common destinations with smaller airports or remote locations. In a scenario like this, it will be essential to organise travel in advance to avoid any unnecessary delays and extra costs and perhaps consider other means of travel when available.