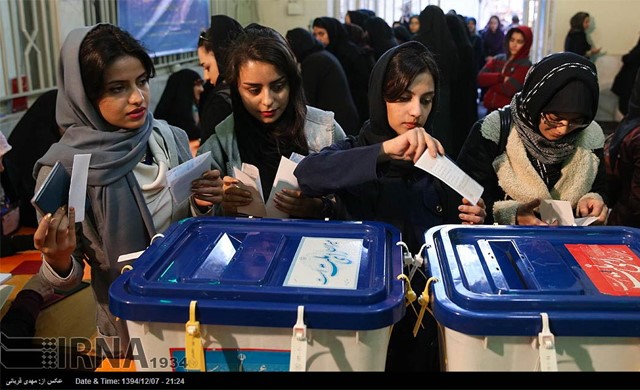 Parliamentary elections are taking place today in Iran. With hardliners expected make considerable gains, the main focus of the election will be the turn out of the electorate and what it means about the support for the Regime.

The electorate are heading to the polls today in Iran to vote in the country’s eleventh parliamentary elections, held once every five years. The parliament, also known as the Majlis, sits under the Guardian Council, a body loyal to the Supreme Leader and has 290 seats. All the seats are to be decided in today’s election, as well as the now vacant seats of the deceased members of the Assembly of Experts, a clerical body which appoints the Supreme Leader.

A significant proportion of the electorate are expected to boycott the elections in an act of protest against the Regime and its authoritarian rule. This boycott is expected to reward hardline candidates and strengthen the Regime’s control over the Majlis. Iranians have decided to boycott the election in protest against the banning of 7,000 potential candidates by the Guardian council, a body loyal to the Supreme Leader. While the boycott will mean handing over power in the Majlis to hardline conservatives who have been permitted to run, it will also demonstrate the lack of support for the Regime by Iranians. Declining support for the Supreme Leader opposes the Regime’s projected narrative of widespread public support for its leadership. This is likely to cause widespread embarrassment for the ruling party, and may act as a chance for government opposition groups to capitalize upon.

The increasing opposition to the regime has provoked bouts of civil unrest in recent months. With the announcement of results expected to favour hardliners, there is likelihood those opposing the government will take to the streets to demonstrate their disproval of the election result and the Regime. Opposition protests are likely to be countered by Regime manufactured pro-government demonstrations, which can number in the millions and can result in stampedes, crushes or deaths.

The expected election result will favour the Regime and strengthen its control over Majlis, which currently has a reformist majority. Greater control by the government in the long-term poses the risk of creating further governmental opposition, which may result in increasing internal instability. Both the stability of the country and the region rely on the support of the Iranian Regime. Regime instability from an uptick in opposition protests and wider civil unrest, will naturally force it to emphasise its internal security, shifting resources from abroad and from the governments in the regime that it currently supports. This could create wider instability in the already volatile region.

NGS advises that travellers to Iran should:

– Reconsider all travel to Iran

– Make plans for alternative travel routes for all journeys.

– Be vigilant for any potential terrorist attack and consider areas that are most vulnerable to potential acts of terrorism or civil unrest.

– Be prepared to follow the advice of local authorities in the event of any security incident.

– Monitor the media during and post-election period for developments in the political and security situation.

– Become familiar with local emergency procedures (including nearest emergency shelter) in the event of a terrorist attack.

– Avoid all discussion of political issues.