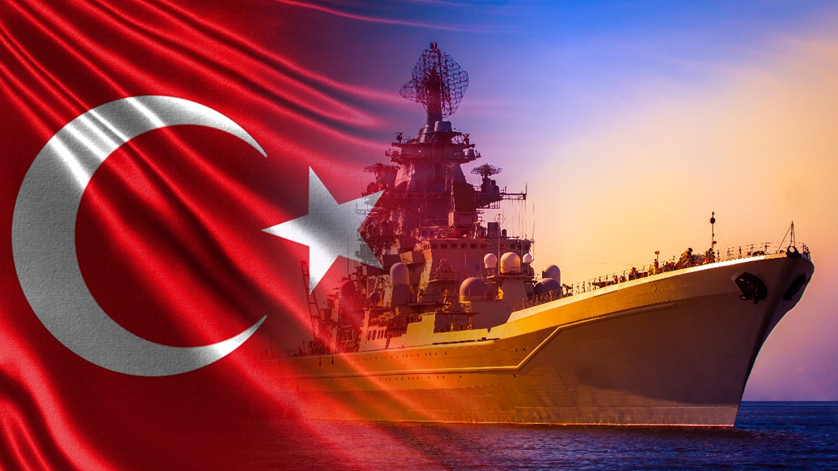 The relationship between Greece and Turkey has been poor for centuries, dating back to the Ottoman Empire’s involvement in south-east Europe, and to the years after the First World War, in which that empire was broken up. In more recent decades, there has been a long-running disagreement over ethnically-divided Cyprus, and in 1996 they almost went to war over ownership of islands in the Aegean. In more recent years, tensions have been over the movement of refugees into the European Union. Earlier this year, President Erdogan signed a decree turning Hagia Sophia into a mosque, alarming much of the Greek population, given that it had formerly been an Orthodox Christian cathedral.

Recently there have been some disagreements over how to calculate maritime borders in the Eastern Mediterranean. Last year, Ankara struck an agreement with the Government of National Accord in Tripoli (the internationally-recognised authority in Libya) that granted Turkey drilling rights over a corridor of the Eastern Mediterranean, which was denounced as illegal by Athens and other regional governments. The EU and the UN agree that Turkey is now infringing on Greek maritime territory.

Three weeks ago, a Turkish research vessel was launched into the disputed area, escorted by Turkish warships, to conduct a four-week seismic survey of the seabed. Athens denounced the move, claiming it had crossed into the Greek continental shelf, where it has exclusive rights on any undersea oil and gas. On 10 August, the Greek prime minister called a meeting with his military staff. On 12 August, there was a minor accidental collision between Greek and Turkish frigates.

For the last two weeks, the respective armed forces of Greece and Turkey have been on alert. Warships have been sent to shadow one another in the area. On 25 August, Greece started a navy and air force exercise in the area. Turkish frigates have also started conducting training.

The international community has taken notice. The German foreign minister has visited both countries to try to de-escalate tensions and encourage dialogue; but he has also said that the EU supports Greece completely.

Turkey announced on 27 August that it will hold live firing exercises in the area next week, which is likely to increase tensions further. In retaliation, Greece threatened to pursue EU sanctions against Turkey if it doesn’t stand down. At the same time, Athens ratified an agreement on maritime boundaries with Cairo, just 24 hours after striking a similar accord with Italy.

Greece and Turkey both belong to NATO, making them theoretically military allies. Turkey is also an aspiring member of the EU, making them potential economic and political allies. This development risks dividing both the EU and NATO: it is a major test for both organisations, and their ability to manage crises in their back garden. Germany is playing its hand diplomatically, whereas France has sent a warship in support of Greek forces, and deployed two military aircraft to Cyprus, a move criticised by the Turkish Foreign Ministry as a violation of 60 year-old treaties regarding the administration of the island.

This is all part of President Erdogan’s ambition to turn Turkey into a global power in its own right, and more than just a useful ally, or the member of an alliance. This is essential for his own political security as the national economy continues to fail. The move may hinder Ankara’s membership of the EU, a development that may ultimately prevent positive economic developments in the long run.

Turkey is looking increasingly isolated on the international stage. Political alliances between Greece, Egypt, Cyprus and Israel have been growing (with US support), as these allies themselves are starting to consider exploitation of the natural resources in the area. In North Africa, Ankara is supporting a different side from Cairo in the Libyan civil war. As tensions increase, President Erdogan reasonably wants to ensure that he can retain some freedom of navigation in the Eastern Mediterranean.

Given the long-running rivalry, the growing network of international alliances, and the deployment of weapons, there is currently a genuine fear of conflict in the region. EU foreign ministers are currently meeting in Berlin, and a more co-ordinated European response can be expected before long. However, it will increase the arguments in Brussels for denying membership to Turkey, something that may even galvanise populist support behind President Erdogan.

Perhaps this sort of development was inevitable, given the antagonist relationship of both countries, and the populist, nationalist agenda pursued by President Erdogan.

Ultimately, conflict is unlikely – it probably isn’t worth it for either country, even for Erdogan, and both governments claim they want dialogue and diplomacy. However, Ankara will not want to negotiate diplomatically over the issue, and will use the threat of releasing Syrian refugees into Europe as leverage to get what it wants. In the long run, the real damage will be to NATO and the EU if they cannot demonstrate that they can come to a diplomatic resolution over an issue so close to home.

Travellers should avoid any travel to the maritime Eastern Mediterranean while there are live firing exercises ongoing, and while the situation remains unpredictable. Other considerations are:

– Ensure that appropriate tracking is arranged in advance