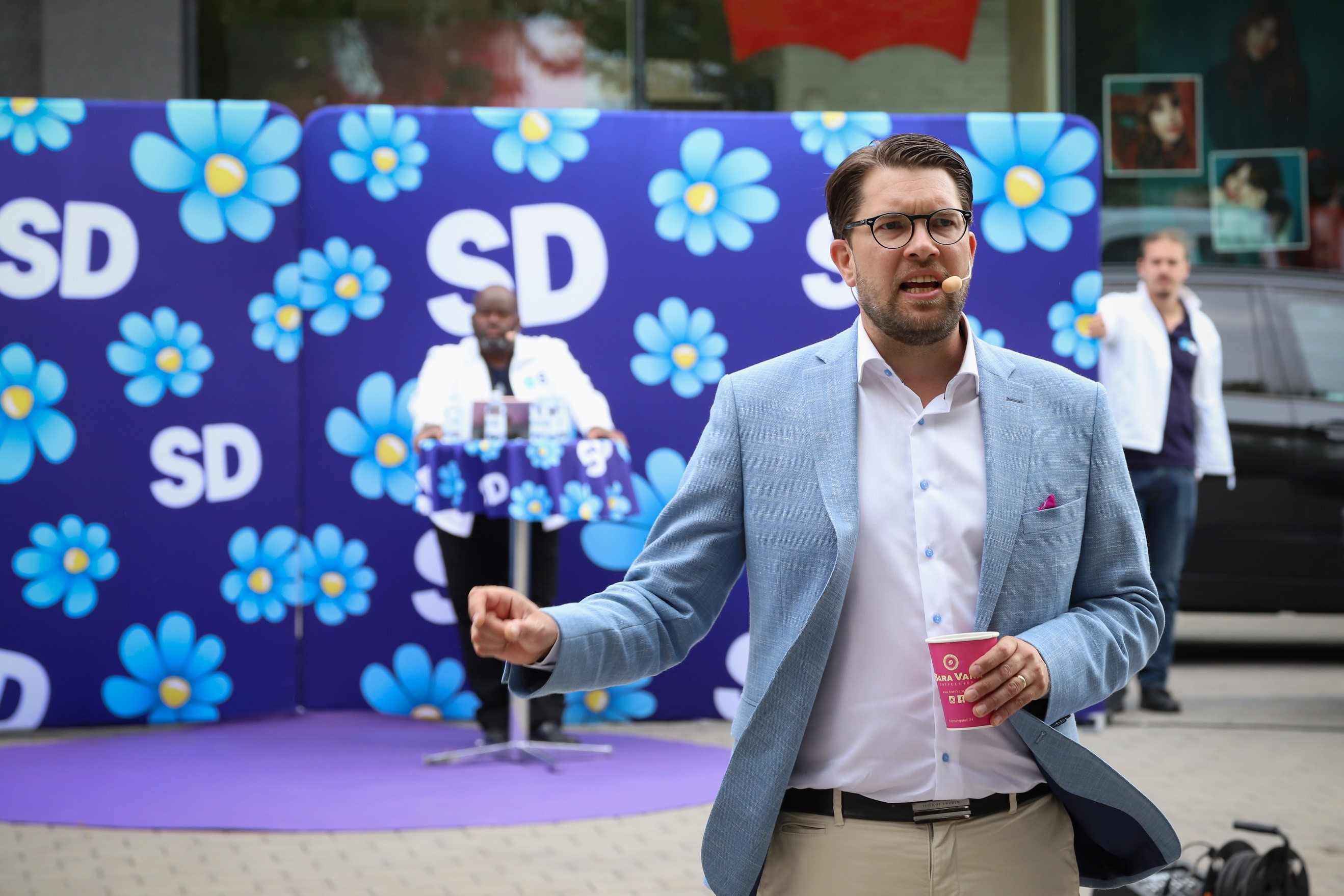 NGS INSIGHT – The rise of the far-right in Sweden

In recent years, Sweden has experienced a political shift right. The historically centre-left country has been tilting further conservative in the recent decade, to the point that a far-right populist party topped opinion polls in November 2019. The party in question is the Sweden Democrats, which is now the country’s third largest political party. For a long time the Sweden Democrats have been associated with neo-Nazis and white supremacy, but the leadership of Jimmie Åkesson since 2005 has shed this image and led the party to mainstream success. The party’s core values are nationalism and conservatism. They oppose multiculturalism and immigration, and have become increasingly Eurosceptic. Since 2015, the party has challenged the ruling Social Democrats a number of times for the top position in opinion polls. But their greatest success so far came in 2018, when it became the third largest party in the Riksdag, winning 62 seats and 17.5% of the popular vote.

The causes of the political shift right have been framed through the lens of immigration. Current societal issues are attributed to the influx of migrants in recent years. Sweden, which once prided itself on its open-door policy, has grown hostile towards its new arrivals. Immigration has become an issue for the national identity; a struggle to rectify the new cultures, ethnicities and religions with the historically homogenous population has emerged from the failure of successful integration.

Migrants have also received the blame for a series of domestic problems, including stretched resources and rising crime. Many migrants have been housed in near exclusively migrant only neighbourhoods, which consistently suffer low incomes and high unemployment. This has increased the vulnerability of the migrant population to crime networks. A rise in organised crime in recent years has overwhelmingly involved migrants; despite foreign-born inhabitants being a minority in Sweden, in 2017 they are thought to have been responsible for 73% of murder and manslaughter crimes. With migrant crime gangs also responsible for the recent increase in bombings and shootings, anti-immigration sentiment has soared. The failure of the government to recognise the link between its failed integration strategy and crime has driven voters towards the Sweden Democrats.

So far, the success of the Sweden Democrats has pressured the government into making concessions on immigration policy, introducing caps and stricter legislation on arrivals, not typical of a left-leaning party. However, with the main-opposition party now willing to work with the Sweden Democrats, there is a real chance for the latter to enter government and sets its own immigration policy.

Additionally, the current COVID-19 pandemic provides the perfect opportunity for the far-right to attract voters away from the government. Despite current popular support for the unique strategy adopted by the Swedish government to tackle the virus, there remains room for public opinion to shift, perhaps due to a second wave of cases, or the looming economic crisis. If this does occur, the Sweden Democrats are perfectly poised to receive voters unhappy with the government.

Further success for the Sweden Democrats is expected to increase division within the Swedish society. Their anti-immigration rhetoric is likely to become self-fulfilling: the more anti-immigration rhetoric takes hold, the chances of the migrant population suffering from discrimination, unemployment and low income increases. This forces migrants to rely further on welfare and increases their susceptibility to criminal networks established in lower income areas. The continued involvement of migrants in crime and other welfare provision will further bolster anti-immigration rhetoric. This will in-turn lead to further division. A toxic circle.

The shift right also has the ability to affect the country’s EU membership. Despite temporarily abating their Eurosceptic agenda while the result of Brexit remains to be seen, the Sweden Democrats retain the ability to pursue ‘Swexit’ if momentum shifts in that direction. Sweden’s initial rejection of the EU COVID Recovery plan this summer exposed a divergence of interests, with the frugal Nordic nation unhappy to assume collective debt. A greater challenge to the relationship may be a rumoured Union-wide policy on immigration expected to be compulsory. Considering the domestic sentiment towards immigration, a policy not in line with this is not likely to be received well in Sweden.

Civil unrest: the rise of the far-right is divisive and is likely to provoke unrest. Rallies both for and against the far-right agenda may become more common place in Sweden. Unrest is also at risk of escalating into riots, as was experienced in Malmo in recent weeks, when protests against the burning of a Koran spiralled into violence.

Hate crime: with anti-immigration rhetoric comes anti-migrant sentiment, which can subsequently lead to crimes against migrants. Between 2012 and 2018, Islamophobic hate crimes in Sweden nearly doubled. Hate crime may also come to affect those who are not migrants to Sweden but look foreign, including travellers.

Violence: the worsening relationship between Swedes and migrants may result in violence. Violence directed against migrants has been seen in the numerous arson attacks on asylum seeker housing. However, violence may also worsen between migrant communities. The success of the far-right on the back of anti-immigration policies is detrimental to the lives of migrants in Sweden. Increased unemployment and low incomes are likely to force more migrants towards organised crime networks, in turn further eroding Sweden’s openness to inward migration. This will lead to more crime, and subsequently more violence conducted by these criminal groups. This risks the shootings and bombings that already plague Sweden’s cities increasing.