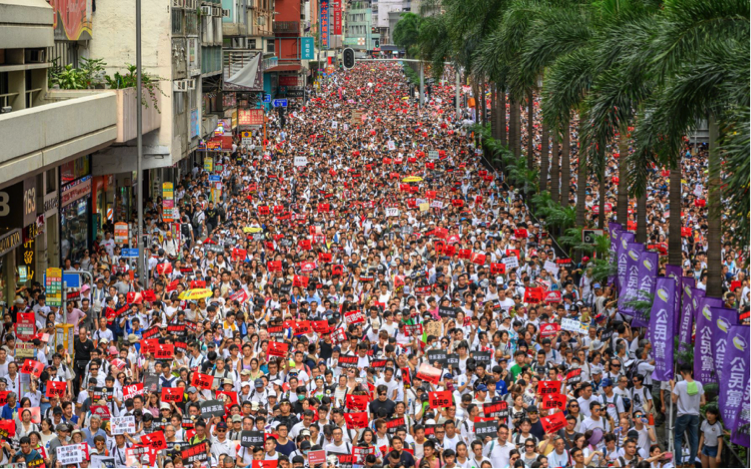 Civil unrest in the form of political protests and demonstrations is one of the most common forms of security threat to international travellers. Many countries, particularly in Africa, the Middle East and Latin America, experience civil unrest as a regular part of political engagement, and the likelihood of a protest descending into violent clashes with security forces will always increase the risk of injury and travel disruption to those foreign nationals who are poorly prepared and who inadvertently become involved.

The new concerns for travel managers will be that widespread lockdowns have increased economic distress, giving many communities renewed motive to conduct protests. At the same time, anti-government or anti-lockdown demonstrations have been so common across the globe that some communities are simply becoming more practised, more comfortable with taking their concerns onto the streets, possibly increasing the likelihood of civil unrest in the near future. Managers will want to ensure that their travel management plans are updated for the new security environment.

With good preparation and a well-considered response, the risks of injury, crime and travel disruption can be reduced to ensure that travellers remain safe and can continue their travel and operations with confidence.

Colombia: A fresh wave of nationwide unrest broke out in September 2020, when police killed an unarmed man in Bogota. Protests emerged again in April 2021, over the government’s proposed fiscal reforms, exacerbated by the pandemic and by the violent response of the security services: 2,500 security personnel were deployed to Cali in late April 2021, and over a week, 19 people were reported to have died and 800 injured, with a further 13 civilians killed in late May. Ultimately, the protests proved successful, as the proposed reforms were not passed by parliament, so civil unrest in the area may become an even more common tool of opposition.

Lebanon: Civil unrest has been ongoing in parts of the country since October 2019, and for much of 2021 so far, primarily over the country’s terrible economic situation, made worse by COVID-19 restrictions, which have seen the value of the currency fall to unprecedented levels. Security forces have used tear gas, stun grenades and baton rounds, while live rounds are thought to have been used at some locations. Figures are unclear, but as many as 10 people are thought to have been killed, and several hundred wounded.

Uganda: Although civil unrest is a less common part of daily politics in Uganda than it is Latin America or the Middle East, there has recently been a major outbreak of protests over the increasingly authoritarian nature of President Yoweri Museveni, whose tactics in the lead-up to the presidential election in January 2021 enraged the supporters of his main opponent, musician Bobi Wine. Violent protests in Kampala in the weeks running up to the election led to as many as 100 deaths and 500 injuries. Bobi Wine was arrested under the pretence of breaking COVID-19 restrictions on the size of public gatherings. He remains popular among the younger voters, so his supporters will continue to be more likely to hold demonstrations against the leadership of Museveni, who has been in power since 1986. 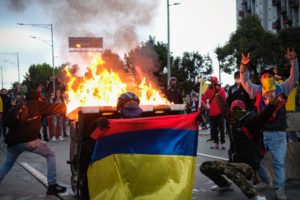 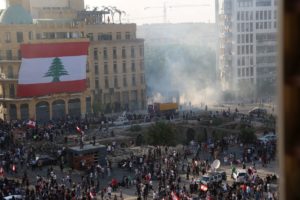 The following are pointers for travellers to consider when travelling in an area where civil unrest is possible.

– Ensure that accommodation is secure, but also accessible without attracting attention from the main thoroughfare: be prepared to change premises if security cannot be guaranteed

– Park vehicles in a secure garage, not visible from the main road

– Monitor media for local information about the political situation, planned demonstrations, and any changes to the security environment (use local embassy as a source of information)

– Avoid crowds with a clearly political purpose, particularly if security forces are present

– When going outside during a demonstration, establish its location, avoid the area, and consider taking a map to limit the likelihood of getting lost; don’t travel alone if possible

– Don’t be inquisitive during a demonstration; leave at the earliest opportunity

– Carry minimal possessions, ensure valuables are secure, and be aware of pickpockets in crowds

– If caught up in a crowd, keep to the edge as much as possible – keep away from key agitators to avoid being identified as a demonstrator, and stay clear of glass shop fronts

– If swept along in the crush, create a space by grasping your wrists and bracing your elbows away from your sides; bend over slightly – this should provide breathing room

– If pushed to ground, roll into a tight ball, cover head with hands until crowd passes – against a wall if possible

– When possible, break away from the crowd and seek refuge in a nearby building or hard cover until safe to move

– If shooting breaks out, drop to the ground as flat as possible, with head and neck covered, and try to seek hard cover

– If tear gas is deployed, close your mouth and eyes as much as possible, and try to move to higher ground – try not to touch your eyes, but wash them out with water as soon as possible

– When leaving the edges of the demonstration, don’t run as this will draw attention to you

– If arrested, do not resist: go along peacefully before contacting local embassy and travel insurance provider

– Do not leave the accommodation and go into the street

– On hearing gunfire or explosions outside, stay away from the windows: do not be tempted to watch the activity from your window: draw curtains / blinds to protect against shards of glass

– Sleep in an inside room that will provide greater protection from gunfire, rocks, grenades etc.

– If in a hotel, liaise with hotel management to keep updated on the situation outside the hotel.

– Seek medical assistance in the event of an injury

– Report any loss or damage to your property to the police

– Report your situation or whereabouts to family / friends / business associates

– Report incidents to local police and obtain a report reference: where applicable, report and claim on insurance

– Consider moving to different premises if it is unsafe to remain