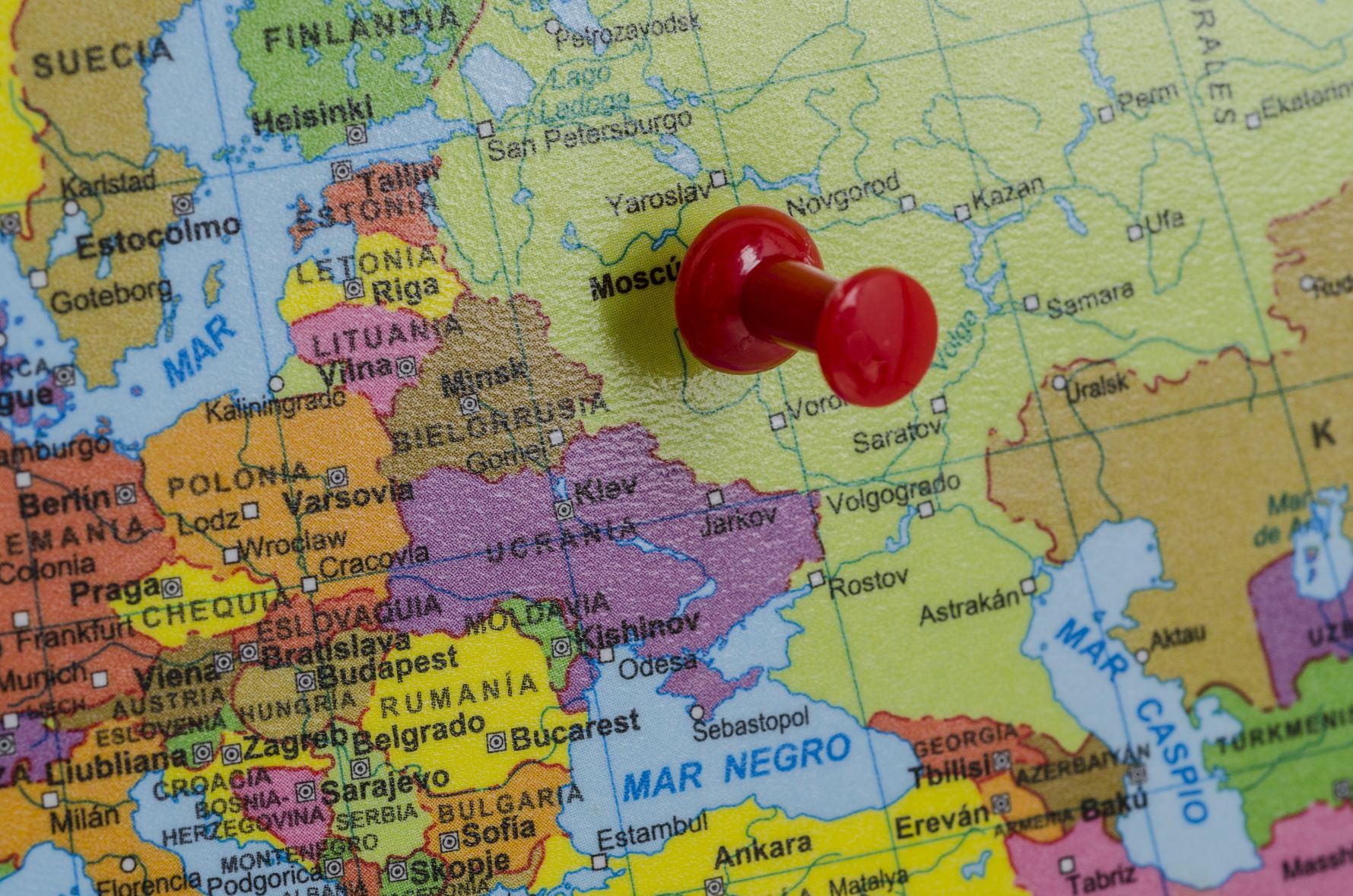 As many as 4,000 Middle Eastern migrants (primarily from Iraqi Kurdistan, Syria and Afghanistan) are currently stuck near the Polish border in Belarus. Having been invited there by the autocratic President Lukashenko of Belarus, with the promise of a swift entry into the EU, they have been herded towards the Polish border by 15,000 Belarus soldiers. Warsaw and the EU will not give way and are barring entry to all, without exception. Fleeing violence and poverty and seeking entry to wealthy Western nations, these migrants are now stuck without shelter in frozen temperatures. Some have started to become violent towards Polish border guards, who reportedly responded with water cannon on Tuesday. Without support, there are very likely to be serious casualties amongst the migrants, and at least eight have already died.

At the same time, there has been a build-up of Russian military capabilities on the Ukrainian border, which NATO has described as “significant”, and includes armour, armoured infantry and artillery. This is the second deployment of Russian soldiers in the border area this year, after an earlier deployment in April. Last week, Kiev estimated that as many as 100,000 Russian soldiers were moving into the area (although this figure also includes increased troop numbers in the Crimea).

Despite their political and geographic differences, both situations can be attributed in part to the geopolitical ambitions of the Kremlin, and they both increase the risk of regional insecurity and travel disruption in the medium-term. This insight examines the main causational factors behind the cases, and considers how insecurity and disruption might result from both.

As his only international ally, President Putin is largely seen as the driving force behind the actions of Lukashenko. Putin has propped up Lukashenko’s regime in the face of widespread protests over the last 12 months, and he is therefore in a position to shape Belarusian foreign policy to suit his own regional ambitions. A core part of Putin’s strategy is driving political discord within the EU and he is weaponising the divisive issue of immigration to accomplish this at the eastern Polish border, an important fronter for both EU and NATO.

There have already been discussions in recent weeks about “Polexit”, the possible departure of Poland from the EU, after its judiciary rejected several weeks ago the key EU principle that certain parts of EU law have sovereignty over national laws. Stoked by populist President Andrzej Duda, whose right-wing Law and Justice (PiS) party has a parliamentary majority, and encouraged by Brexit, Polexit has recently become a more realistic prospect that is increasing tensions within the EU. Putin’s goal is that such fears will cause the EU (a globally important political, economic, monetary and defence bloc) to become ultimately more concerned about its own internal issues than about the threat posed by Russia. The pressure on the Polish border by Middle Eastern migrants is therefore playing directly into the hands of right-wing anti-immigrant campaigners who reject the centralising agenda of Brussels and the legal sovereignty that goes with it.

At the same time, Nord Stream 2 has been an extremely divisive issue across Europe, and has faced criticism from both the Trump and Biden administrations in the United States. Its construction has been largely completed in recent months, and the pipeline is ready to carry natural gas from Russian-held territory, under the Baltic Sea, and directly into Germany, potentially helping to relieve Europe’s severe supply-side energy crisis. The project has been strongly opposed by Ukraine, which will be bypassed by the new pipeline and stands to lose significant revenue, as currently around 80% of Russian natural gas must transit through Ukraine.

In July, the US and Germany signed an agreement to “respond” (primarily with sanctions) to any Russian aggression against Ukraine, including the use of energy as a weapon against it and other European countries. At the moment, German politics lacks clarity for the first time in over a decade, with no clear figure emerging as a replacement to the long-serving Chancellor Merkel. So, President Putin has clearly found the perfect opportunity to intimidate Kiev (which is increasingly trying to engage with NATO) and to test the EU’s alliance with Washington by putting together a visible threat on the Ukrainian border. On Tuesday, Berlin responded to the troop increase by suspending its approval for the pipeline (although it blamed the suspension on a technical fault); but such is the crisis in the European energy market that the attraction of the Nord Stream 2 pipeline cannot be overlooked for long.

Although these are two different geographical regions and the impact on security and travel could be vary between them, they both fall within Moscow’s desired sphere of political and economic influence.

Russia annexed the Crimea peninsula in a swift operation in 2014 and has cultivated a long-running separatist conflict in the Donbass over the last seven years, evidence that Putin is willing to use military force in the region. In addition, the movement of Russian forces has been conducted under cover of darkness, so although an offensive is unlikely to be a complete surprise, there may be elements of it for which Ukraine is unprepared.

Nonetheless, it seems unlikely at the moment that Russia would invade Ukraine. An intractable conflict with the potential for mass casualties on Russia’s border would be a highly dangerous domestic political scenario, particularly at a time when Putin faces greater political opposition at home from all sides. This includes popular pro-democracy criticism from figures like Alexei Navalny, as well as renewed pressure from a resurgent Communist party. A conflict in this region would also draw in Black Sea vessels and probably Turkish forces, as well as risking the involvement of a major military response from Western powers.

When Moscow moved military hardware to the Ukrainian border in April, it was interpreted as an intimidation of the government in Kiev and a testing of the waters in his relationship with the new US administration. This latest move is likely an attempt to intimidate Kiev and possibly offer some moral support to Russian militants in the Donbass, but it is unlikely to escalate further. After all, an invasion would surely result in the end of the Nord Stream 2 project, which is increasingly significant to a Russian economy that is currently facing its worst wave of the coronavirus yet.

Security in Poland is a more pressing issue, where the migrant crisis is closely related to national and international politics. The populist government in Warsaw is already using brutal police tactics to secure the border, and is very likely to deploy soldiers to support police. Last weekend, Warsaw asked NATO to discuss the security situation, and it has already started discussions with Riga and Vilnius about their own responses, as both Latvia and Lithuania are expected to be impacted by migrants from the same group. Riga has deployed a brigade of soldiers towards the Belarusian border, where it is currently holding exercises to seemingly demonstrate that Latvia is willing to use force to secure its border. Reportedly, Poland, Latvia and Lithuania are jointly considering a formal request for NATO assistance under the NATO treaty.

More immediately, right-wing groups are widely active in Poland. For instance, a controversial far-right march went ahead on 11 November (Polish Independence Day), despite its prohibition by a Warsaw court. On the same day, three people were arrested for holding an anti-Semitic demonstration in Kalisz. In Germany, far-right vigilante groups have been trying to reach the Poland-Germany border in order to block immigrants moving westwards; the existence of such groups in Germany, considered by many to be Europe’s most pro-migrant state, demonstrates the sharp political divisions that Putin is seeking to exploit. In this tense political environment, right-wing Polish groups can be expected to provoke violent unrest at the Belarusian border. Migration tensions are also likely to be heightened by populist political parties, with the likes of the PiS possibly encouraging political tensions and civil unrest across the country, likely increasing the risk of crime and inter-ethnic violence over the long-term.

It is important to note that, despite concerns from western governments, there have been no emergency evacuation alerts pushed out by their consulates in in Kiev or Warsaw. The developments have largely been dismissed by the media as mischief-making by Putin and Lukashenko, and as little more than Putin testing the political responses of Washington and Berlin.

A major conflict in Ukraine would not have much impact on flights over the region, as few airlines have been prepared to fly over Ukraine since the downing of flight MH-17 in July 2014. So international travel between Europe and Asia would not be particularly affected. However, a major conflict would disrupt maritime transport across the Black Sea. Damage to pipelines would have a serious effect on energy supplies to central and eastern Europe, hence why they might be deliberately targeted (and hence why NATO may feel obliged to respond).

If President Putin allows President Lukashenko to continue his policy of pushing Middle Eastern refugees towards the western and northern borders, there will be an increase in blocked roads in border regions, and ultimately in major urban areas if the policy leads to widespread civil unrest.

COVID-19 and other viruses that are associated with cold weather conditions are likely to spread in the migrant environment on Belarus’ borders, but given that Warsaw and Brussels are unlikely to permit much legal entry, there is unlikely to be any great increase in cases as a result of the refugees.

Those travelling to Poland, Belarus and Ukraine should consider creating a fully resourced evacuation plan (one taking into account the triggers necessary for either hibernation or extraction), and contingencies should be created in the event of border closures. Northcott Global Solutions can provide risk assessments, tracking, security escorts, personal protective equipment, remote medical assistance and emergency evacuation.