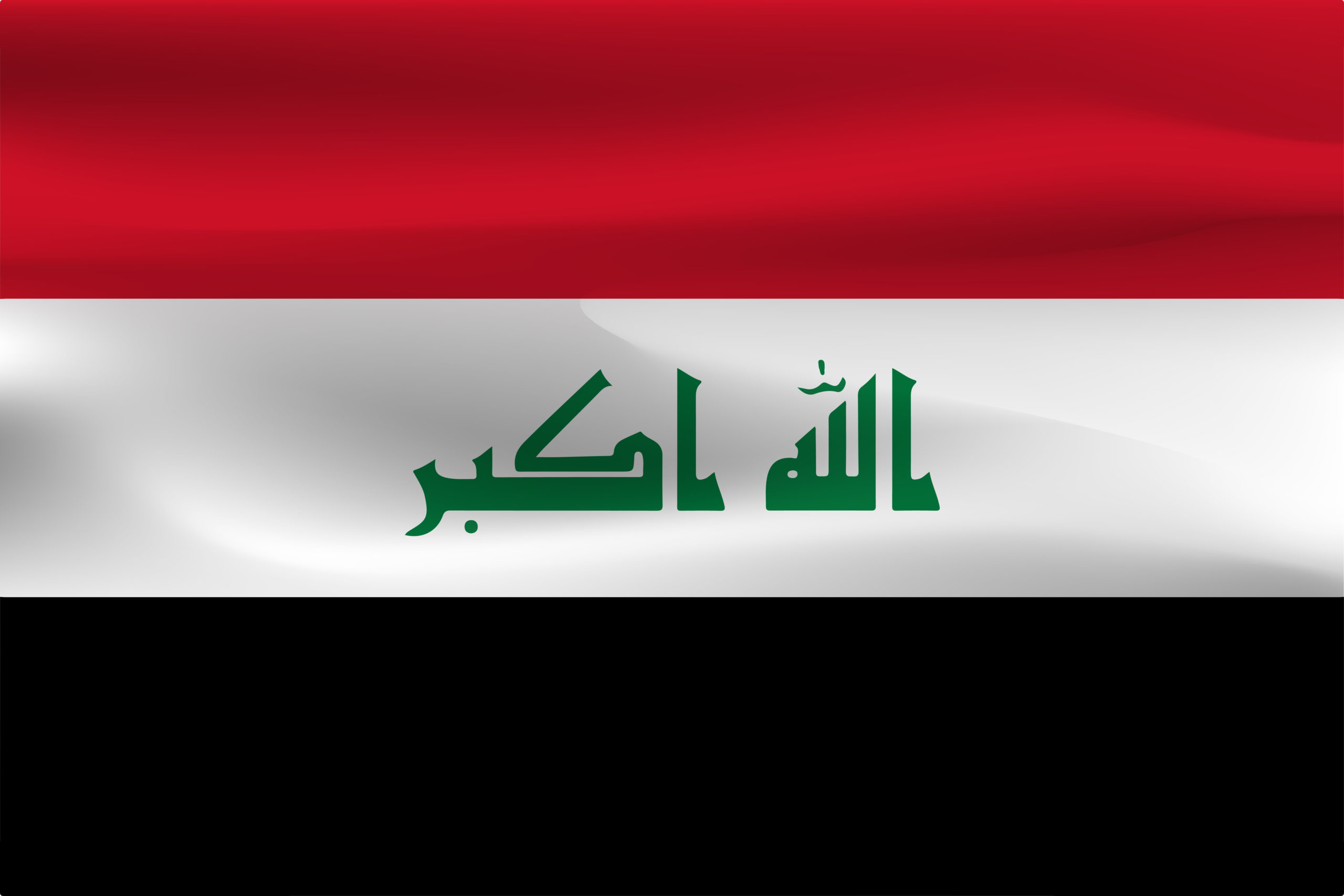 Prospects for Insecurity: the Occupation of the Iraqi Parliament and the Influence of Iran

On 27 July, following months of political stagnation, tension among Shia protestors boiled, and thousands breached the secure Green Zone district in central Baghdad and broke into the Iraqi parliament building. Dispersed by security forces and tweets from their spiritual leader Muqtada al-Sadr, protestors returned three days later to rerun their storming of Parliament, but this time with the intention to occupy. Although Sadrists have not camped inside the building itself since 05 August, they have maintained their presence by continuing to occupy the gardens around, holding rallies and preventing the processes of government.

Never exactly stable, Iraq’s governance has been uncertain since the October 2021 elections failed to deliver a coalition capable of forming a government. After eight months of conjecture, al-Sadr attempted to break this deadlock in mid-June by withdrawing his 73 MPs (previously the largest group within Parliament), paving the way for the Iranian-backed rival Shia ‘Coordination Framework’ bloc to announce its own nomination for prime minister. This move inflamed anti-Iranian Sadrists, prompting them to prevent this attempt for power by any means necessary.

Despite having weathered the pandemic and experiencing a state of relative peace, Iraq still faces severe social and economic issues. Rising oil prices have allowed it to pay off much of its national debt, and oil production has returned to pre-pandemic output. However, the lack of effective government has meant new projects cannot be granted approval, resulting in crumbling infrastructure. Similarly, the caretaker status of the current administration is limited to its 2021 budget, unable to use oil revenues to offset rising food prices, exacerbated by a drought that has damaged domestic harvests.

Corruption has become a major feature of life in Iraq, with almost a majority of polled Iraqis believing the judicial system to be corrupt. Laws are inconsistently applied, and judicial procedure is unreliable and untransparent. Public service appointments often involve nepotism, and the existence of ‘ghost employees’ is frequently held responsible for widespread embezzlement.

ISIS continues to operate in mobile insurgent cells, causing considerable threat to regional security. Though both Baghdad and Erbil are effective at combatting ISIS, counter-insurgency efforts are hampered in regions bordering the Kurdish autonomous zone by the lack of coordination between Kurdish and Iraqi state security forces, affording ISIS an advantage in its fight for survival. Erbil-Baghdad relations also remain conflicted over oil and gas resources lying in Kurdish territory, which the Kurds have been reluctant to share with Baghdad.

Other sectarian divides have undoubtedly improved since the 2014 ISIS advance that swept through northern Sunni Iraq; however, serious chasms lie between the Sunni and Shia populations. Sunni politicians claim that the Shia-dominated Parliament has neglected the reconstruction of Sunni cities, whilst the Shia population in the country’s south still fears the prospect of violent Sunni extremism. The election of over 30 different political parties to Parliament last year is a sign of democratic health in Iraq, but also of its innumerable tribal and sectarian divisions.

At the heart of Iraq’s political tensions is the undeniable ascendency of Iranian control. Beyond the fact that foreign interference erodes national sovereignty (something not lost upon Iraq’s highly politicised populace), this is especially worrying due to Tehran’s backing of Popular Mobilisation Units – Shia militias that have arisen from the hybridisation of Iraq’s security forces into regular forces (controlled by the state) and irregular units (local militias with their own command structure). Heavily employed during the key battles against ISIS, the units now operate largely outside Baghdad’s control, in some areas acting as quasi-state actors. Their reputation for violence, resulting from their response to the crackdown of the 2019 demonstrations, in which units fired into crowds killing hundreds of civilians, has resulted in particular ire and deeply damaged Iran’s political capital. This has been compounded by the fact that in November 2021, a group suspected of links to Tehran attempted the assassination of the current prime minister.

Iranian influence is made further unpopular due to the Iraqi opinion that Iran treats Iraq as a proxy battleground to attack the United States. Following Iranian rocket attacks on US bases as a response to the killing of Qassem Soleimani, opposition to the presence of both the US troops and Iranian influence has risen considerably, with populist figures brandishing ever greater anti-Iranian sentiment.

The central figure in Iraq’s current predicament, Muqtada al-Sadr is a controversial and unpredictable populist politician. Previously the leader of the Mahdi Army that fought the US occupation post-2003, al-Sadr has at times been extremely cosy with Tehran, even suspected at one time of being an agent of the Ayatollah. He has persistently posed as a reforming outsider against Baghdad’s endemic corruption, and as anti-Iran feeling has surged in Iraq, he has assumed an Arab-nationalist rhetoric. In almost two decades of political militancy, al-Sadr has earned the devotion of the poor, urban and disenfranchised Shia, especially of those in the south of the country, and with a strong core in Sadr City, a suburb of Baghdad.

However, in his ambition of wresting power from his long-term rival Nouri al-Maliki (and thus becoming the sole voice of the Iraqi Shia), al-Sadr faces a crisis of reputation amongst his base. Specifically, having held the largest bloc in Parliament for almost a year, al-Sadr has failed to deliver on his promises and become associated with the corrupted state institutions he supposedly condemns. Although his decision to storm Parliament and hold the country hostage has divided opinion amongst the Shia, it is likely a move designed to ratchet up the pressure against his rivals and boost his wobbling legitimacy amongst his followers. Furthermore, al-Sadr likely aims to use confrontation to unify his backers and embarrass the Coordination Framework.

A loose consortium of coalition parties, the Coordination Framework was formed following the October 2021 election in an attempt to force a recount of the ballots after results indicated a drop in pro-Iran MPs. Though including a diverse range of political orientations (unified only by Shia identity and loyalty to Iran), it is unofficially led by Nouri al-Maliki, the former prime minister from 2006-2014, whose tenure was marred by allegations of massive corruption and sectarian abuse.

As the largest parliamentary group following the resignation of Sadrist MPs, it exercised its nominal right to form a government by proposing Mohammed Shia al-Sudani as prime minister, a figure widely held as a Maliki loyalist, and previously a minister in his government, stoking anger from Sadrists, who have occupied Parliament as a means of preventing this. Beyond aiming to form a government in the short term, the Coordination Framework also seeks to amend the electoral system in a manner that would improve its performance in elections. If achieved, the Framework would then likely schedule new elections with improved results, thus bolstering its power in the legislature and improving its capacity to form a government.

On the one hand, each side ostensibly proclaims itself to be dedicated to the democratic system and opposed to violence; yet as weeks pass and the sit-in continues, hostility appears to be at breaking point. On 10 August al-Sadr offered a thinly veiled threat, declaring that unless Parliament dissolves within a week, the “revolutionaries may take another position”, the first time a deadline has been discussed, possibly suggesting an escalation in unrest. Furthermore, al-Sadr’s demand that the judiciary dissolves Parliament (thereby not requiring the return of MPs) has been rejected on the grounds that the Supreme Judicial Council does not have the authority to do so. Al-Sadr’s capricious politics also means that if new elections are subject in any way to the proposed amendments from the Coordination Framework, it is possible he will order his followers to boycott the vote.

The Coordination Framework has continued to state that Parliament must be able to reconvene to dissolve itself, but with followers of the Framework engaging in their own protests mere streets away from Sadrists, intra-Shia confrontation is likely to take place on the streets rather than in the Parliament. Civil unrest, rioting and armed skirmishes between the factions are all possible in the following weeks, and the streets of Baghdad, especially those around the Green Zone, are likely to experience scenes of violence reminiscent to 2019.

Notably, Iran has lost significant influence since the death of Soleimani and has largely been forced to accept the situation in Iraq rather than dictate it. However, with the threat of a Sadrist prime minister forming closer ties to Saudi Arabia or disbanding the Popular Mobilisation Forces, Iran will likely do its utmost to hold on to its Iraqi territory that links it to the rest of its sphere of influence stretching from Afghanistan to the Mediterranean.