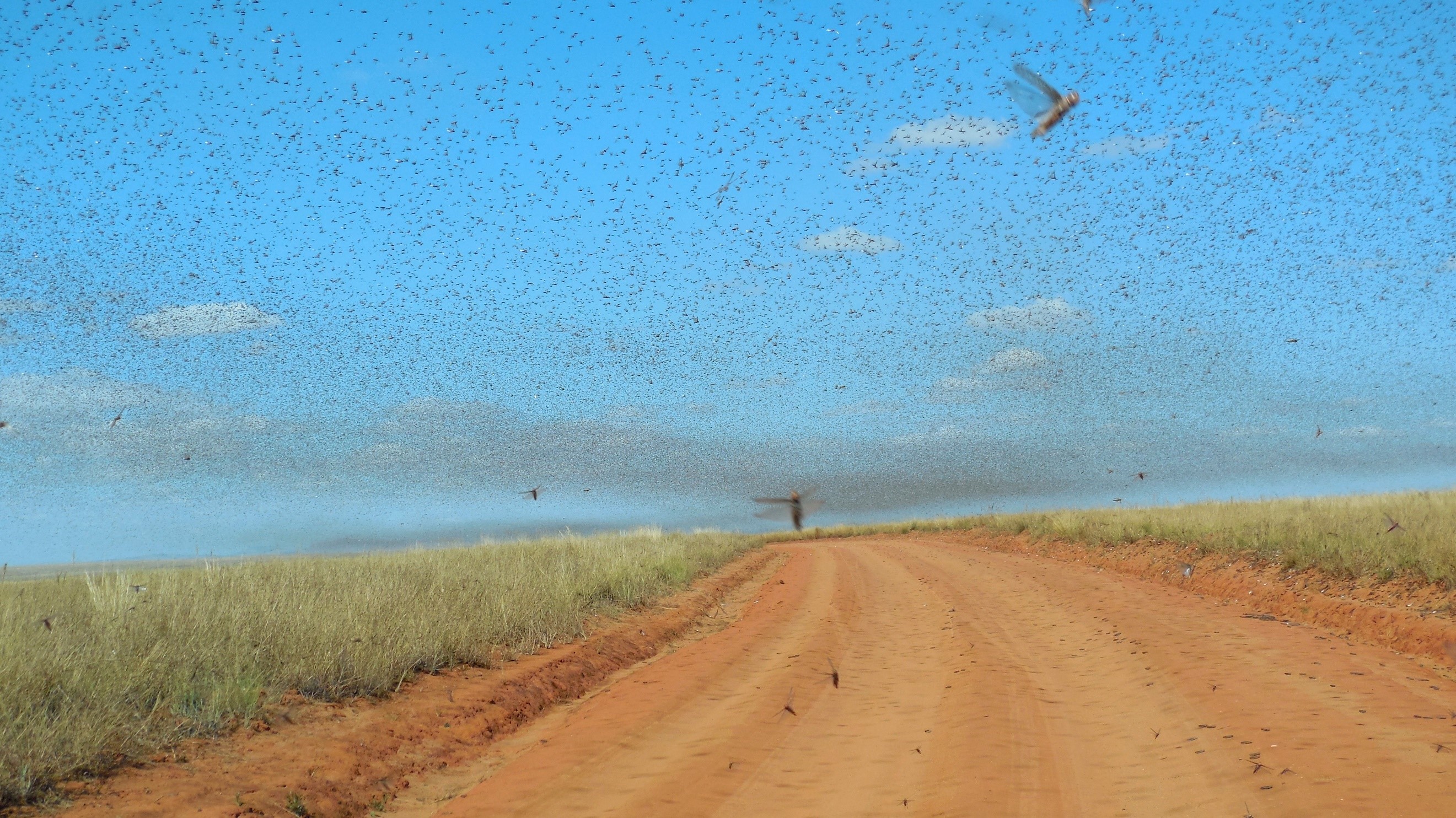 Swarms of locusts have arrived in East Africa and are causing growing concerns for food insecurity in the region.

Fears of a humanitarian crisis are rising in East Africa as the area is suffering from its worst case of locust swarms in 25 years. Unusually wet weather in the Arabian Peninsula created the optimal breeding conditions for the desert locusts in 2019. The swarms have since migrated westwards to East Africa, where they are making their way through food crops and animal pasture.

Concerns for food security in the region are growing, where 20 million people were already considered vulnerable to a food crisis, due to poverty and a drought last year. With an average swarm consisting of 40 million locusts, each able to eat its body weight in food every day, there is a real risk of food shortages. Kenya, Somalia, Uganda and Tanzania are currently suffering from swarms, with crops in Kenya and Somalia already having been devastated since the arrival of the locusts in late December. Somalia has been the first country in East Africa to declare an emergency.

The swarms are also a concern for the wider region, as locusts are able to travel long distances and are likely to spread as their populations swell, with a 500-fold increase in population size expected by June. Pakistan has declared a state of emergency as swarms are destroying its crops and threatening to cross into India. Further states likely to be affected include South Sudan, Eritrea, Oman and Yemen, all of which already suffer significantly from hunger.

The most effective way to deal with locusts is to spray the swarms from above with pesticides. Aerial spraying involves using relatively expensive equipment, such as planes and drones. The cost of the machinery alongside buying the pesticides creates barriers for poorer nations to successfully control the swarms. Aid agencies are currently fronting the cost, which involves a slow and bureaucratic process that hinders time-efficient treatment.

Tackling the swarms is further complicated by the geopolitical challenges in the region. The semi-autonomous Puntland region of Somalia has become the breeding ground for the locusts in East Africa. With parts of the area held by al-Shabaab extremists, it is inaccessible to treatment and has left the desert locusts free to breed.

Humanitarian crisis: with millions in East Africa already in extreme poverty, and some affected areas inaccessible to aid agencies due to political issues, increased food scarcity is expected to worsen levels of malnutrition and starvation.

Civil unrest: with food scarcity expected to rise, there will be greater competition between rural herders for land to graze their livestock on. There is an increased risk of communal conflict between tribal groups in rural areas, which may develop into wider ethnic clashes.

Travel: locust swarms are capable of disrupting transport, as was seen in January when an Ethiopian airlines plane was forced to divert course to avoid a swarm. On roads, dense swarms affect vision and cause traffic accidents. With the locust population expected to increase in the coming months, incidents affecting travel are likely to occur more regularly.

Economic: both the costs of treatment and the provision of aid to those left with less food will apply economic pressure to the already unstable economies of East Africa. The effect on crops will harm the trade and the humanitarian crisis is likely to leave a lasting effect on the labour force.

Climate change: with climate change creating the wet conditions needed for desert locusts to breed, it is likely that desert swarms will continue to affect the region in the coming years.