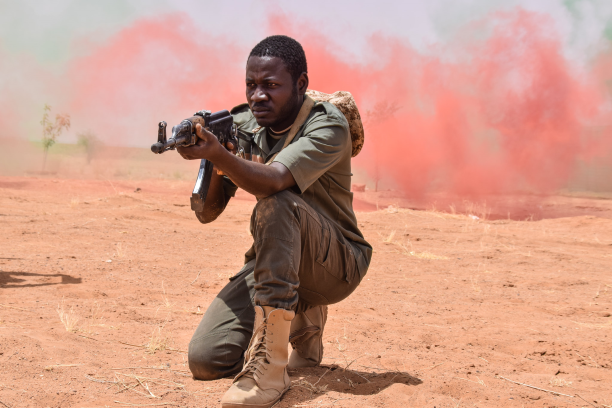 Two Spanish journalists and an Irish national were killed on Monday by gunmen in Burkina Faso’s Pama national park, a large nature reserve adjacent to the Benin border. Not much detail is available on the incident, but it appears that the journalists were filming a documentary about poaching activities with the help of the Irish co-founder of anti-poaching organisation Chengeta Wildlife. The perpetrators have not been officially identified, but Jama’at Nasr al-Islam wal Muslimeen (JNIM), a regional Islamist group with ties to Al-Qaeda, has claimed responsibility.

The level of violence in Burkina Faso, which is experiencing a widespread insurgency connected to several Islamist groups, has fluctuated significantly over the last three years, from less than 400 fatalities in 2018 to a peak of over 2,200 in 2020. That rate has dropped this year, with 41 dead in March 2021 compared with 431 in March 2020. This decrease has been attributed in part to the increasing effectiveness of the Burkinabe military, with the support of the French-led Operation Barkhane, as well as to governmental negotiations with militants, and to conflict between the two main Islamist groups, JNIM and Islamic State in the Greater Sahara (ISGS).

These groups often operate from wildlife reserves, which provide large spaces within which to hide and opportunities to gain revenue from poaching and smuggling valuable animal products. Chengeta Wildlife works across the region to counter such activities by training and equipping park rangers, eight of whom have been killed in Burkina Faso since 2018. The company’s work in neighbouring Mali is also supported by the UN peacekeeping force there, highlighting the international community’s perception that anti-poaching plays an important role in countering extremist groups.

Foreign nationals have previously been killed in Burkina Faso, but usually in mass-casualty attacks targeting crowded areas, notably in Ouagadougou in 2016 and 2017, when a hotel and a restaurant were attacked by Islamist gunmen. The broader region has seen attacks targeting foreign nationals in wildlife reserves, however: in August 2020, six French aid workers were killed in a giraffe sanctuary in Niger, and in May 2019 two French tourists were kidnapped in Benin’s Pendjari national park.

It is not yet confirmed whether JNIM was responsible for the killings, and uncertainty over this latest incident demonstrates the fragmented, violent and opaque security environment in Burkina Faso. The focus on ISGS and JNIM has created space for criminal groups to operate more freely, and large swathes of Burkina Faso, especially in the north along the Nigerien and Malian borders, lie outside effective government control. Foreign nationals therefore face high security risks over the medium- to long-term, as the current status quo is likely to persist without sustainable, country-wide political settlements. Areas that provide economic opportunities for armed groups, such as wildlife reserves, may see increased levels of militant activity should intra-extremist competition for resources increase, heightening the risk of kidnap and violence to foreign nationals.