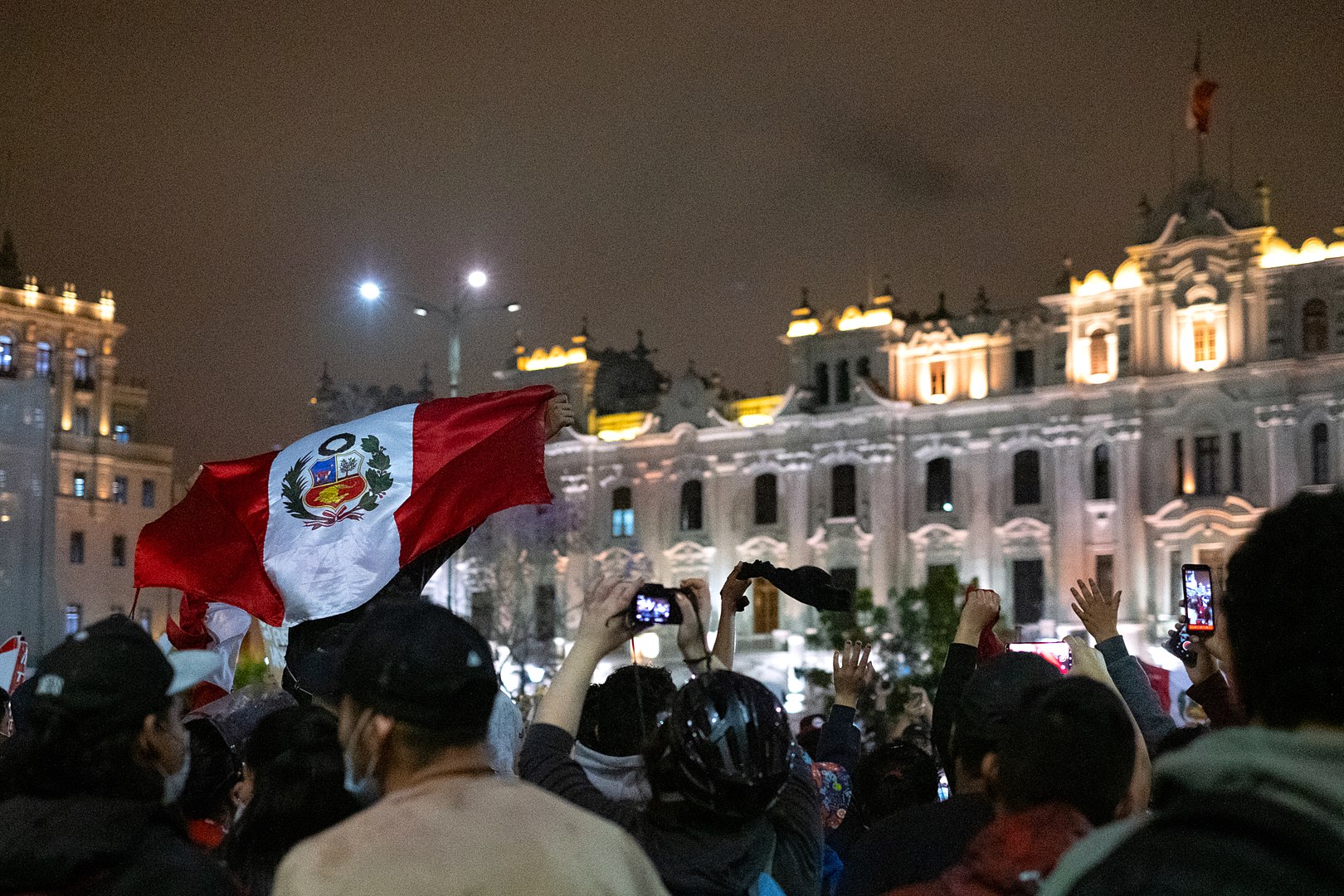 Peru’s Election: The Potential for Unrest

The second round of the Peruvian presidential election will take place on 06 June, following a first round on 11 April that saw a record 18 candidates compete in an atmosphere characterised by political disillusionment. The two candidates with the highest vote share and now in the second round, the far-left Pedro Castillo and the far-right Keiko Fujimori, only received 18% and 13% respectively, and 18% of ballots were returned blank or spoiled. Both candidates are from radical ends of the political spectrum and signal the decline of Peru’s familiar political establishment, which, in combination with a severe coronavirus outbreak, is pushing the country into a period of sustained uncertainty and potential civil unrest.

Pedro Castillo is a schoolteacher from Cajamarca in northern Peru, who first rose to prominence as leader of a national teachers strike in 2017. His socialist Peru Libre party seeks stronger state involvement in the free market, in particular within the Peruvian mining sector, which was privatised in the 1990s. He consequently has high levels of support within mining communities, and although his ‘man of the people’ image certainly appeals to rural voters, he has also captured the vote in urban areas beyond Lima, particularly in the south. His campaign has not been without controversy, however; Peru Libre’s founder, Vladimir Cérron, the former governor of Junín, is currently serving a four-year prison sentence for abuse of power, and Castillo is also alleged to have ties with the Sendero Luminoso, a Marxist terrorist group.

Keiko Fujimori is the daughter of former president Alberto Fujimori, and she unsuccessfully ran for the presidency in 2011 and 2016 as leader of the Popular Force party. Her familiarity to voters, commitment to maintaining free market economics (which saw living standards rise under her father) and tough-on-crime approach mean her voting bloc combines low-income voters in northern Peru and high-income, business-friendly groups in and around Lima. Fujimori’s history of corruption is a significant weakness, however; not only is her father serving a 25-year prison sentence for human rights abuses, but she is currently facing charges of money laundering and illegal campaign financing.

Campaigning has not yet led to any large-scale civil unrest, potentially due to a feeling of political disillusionment amongst Peruvians. Given that the country has an extremely robust network of unions and activists, however, any controversy in connection with the election could very quickly lead to widespread demonstrations. The two most likely causes are either a close election (Fujimori and Castillo are tied in the polls), in which one side feels that the result has been ‘stolen’, or the emergence of fresh allegations of corruption or malpractice.

The severity of any unrest and the extent of any associated violence would vary by region, as the north, the capital Lima and the south have differently aligned political leanings and separate histories of civil unrest.

In the north, Fujimori won the departments of Amazonas, Ucayali, Tumbes, Plura and Lambayeque, and came extremely close in La Libertad (which voted for another right-wing candidate, César Ancuña). Her grip in these areas is far from hegemonic, however, and a number of provinces within these departments returned for Castillo, Ancuña or other candidates. Episodes of civil unrest in the north over the last year have been concentrated in La Libertad, where agricultural workers in Viru and Chao provinces blocked the Pan-American highway throughout December 2020, leading to violent clashes with police in Viru in which four people were killed. La Libertad is the most likely location for unrest in the region, not only due to this recent violence but also its fragmented political map that shows support for parties across the ideological spectrum. Given its political diversity, any protests in favour of one candidate could potentially attract counter-protests from political rivals.

Fujimori performed well in Lima and the surrounding provinces, albeit with a vote split significantly between Hernando de Soto and López Aliaga, two other right-wing candidates. The capital’s right-wing orientation could therefore cause civil unrest should Castillo win in a close election, especially if the media continues to emphasise his potential connections with Marxist terrorist group Sendero Luminoso. In 2020, the impeachment of right-wing former president Martin Vizcarra led to violent protests and rioting in Lima, which injured dozens and killed one. Police deployed tear gas and rubber bullets in order to suppress the unrest, and a similar outcome is possible should Castillo win in controversial circumstances.

The south is Castillo’s stronghold and he won virtually every department in the region, in some cases (Apurimac, Huancavelica and Ayacucho) with more than 50% of the vote. This strength has been facilitated by Castillo’s close relationships with the trade unions, especially teacher’s union SUTEP, the largest union in the country, and his pledge to reform the mining industry, which has proven popular with the many mining communities across southern Peru. These communities have a history of protesting over local socio-economic and environmental issues, and in 2019 the south contained 29% of the country’s incidents of civil unrest, 64% of which were linked to mining. However, such demonstrations are ordinarily peaceful and seek to disrupt mining operations via road closures; they have also declined in frequency since 2019. Should Castillo lose a close election, or if more corruption allegations surface against a victorious Fujimori, it is possible that unions in the south could mobilise street protests by seeking to connect right-wing corruption with anger at the mining industry. Any demonstrations would always pose a risk of violence with the police and would likely severely disrupt transport links in southern Peru.