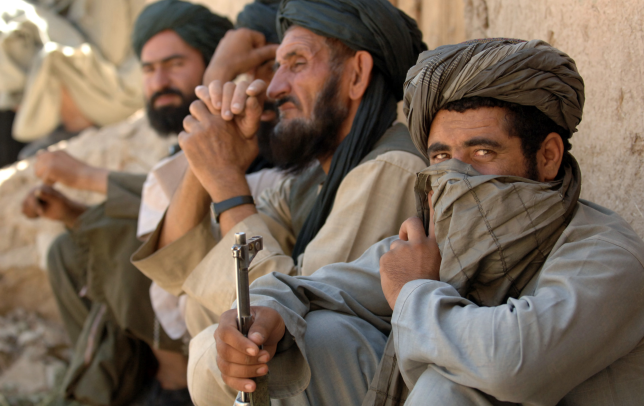 Since the seizure of Kabul by the Taliban in mid-August, the most pressing question for Western governments has been whether the group will once more allow terrorists within its borders to conduct international attacks. The threat to the West will be shaped by a complex pattern of internal Taliban alliances and interlocking regional interests, with future trends still emerging.

Although the Taliban seized Kabul over three weeks ago on 15 August, a provisional government was only announced on 07 September after protracted power-sharing negotiations. Given the role of the Taliban in facilitating the 9/11 attacks, the question of international terrorism emanating from the group’s new regime is a critical one. The future level of threat posed towards the West by Afghanistan-based terrorist groups will be largely shaped by the stability and factional composition of this new government. This is because the main risk factors determining the likelihood of domestic attacks include several critical issues: whether Al Qaeda-linked Taliban factions gain significant power in Kabul, the new government’s capacity to dismantle Islamic State Khorasan Province (ISKP), its regional policies with surrounding states (especially China and Pakistan), and its overall ability to reverse Afghanistan’s catastrophic economic and humanitarian trajectory.

The new government is dominated by southern Pashtun figures (the organisation was founded in Kandahar), a move at odds with the Taliban’s rhetoric of an inclusive government. A narrow ruling coalition of southern Afghans increases the chance of political fragmentation both in the provinces and within the Taliban itself, and any security vacuum or resumption of civil war would create space for ISKP or other groups to operate. The provisional government is less Pashtun than reports throughout late August suggested it would be, however, with the Tajik Qari Fasihuddin as Army Chief of Staff, for example. This is likely an attempt to dampen the outrage caused by early announcements of Pashtun domination amongst northern and eastern Taliban factions.

The economic landscape in Afghanistan is dire and poses a daunting challenge for the Taliban, who don’t have any experience in managing state-level finance. Living standards were falling even prior to the Taliban takeover, following the impact of the coronavirus and a severe drought earlier this year, and it is estimated that half of Afghans are malnourished. The sudden halt of foreign aid, which comprised 43% of Afghan GDP and 75% of public expenditure, has caused a widespread lack of hard currency that has seen food prices rise sharply. Flour has increased in price by 15% and cooking oil by 28%, directly affecting the lives of all Afghans. For political and technical reasons, it is highly unlikely that the Taliban government will be able to reverse this economic free-fall using global financial institutions. Whilst they were solely an insurgent movement, the Taliban’s income was primarily sourced from a system of taxation rather than narcotics and this is likely to be expanded nationwide. A widespread expansion of the illicit economy is also likely, however, with narcotics and arms flows (American supplies especially) increasing. Not only could an enlarged illicit economy further empower smuggling networks connected with terrorism, the entrenchment of Pashtun opium interests (most of the country’s opium is grown in Helmand and Kandahar provinces) into the broader economy could contribute to the fragmentary dynamics highlighted above.

Al Qaeda is one of two groups in Afghanistan (along with ISKP) that could realistically conduct an attack in the West, but there is currently no consensus as to whether the Taliban will facilitate Al Qaeda attacks on Western targets in the manner of 2001. The group’s core leadership, including Ayman al-Zawahiri, are believed to reside along the Afghanistan-Pakistan border, and in 2014, Zawahiri announced the creation of Al Qaeda in the Indian Subcontinent (AQIS) as an attempt to create a more permanent, locally embedded Al-Qaeda franchise. It reportedly has actively cooperated with the Taliban and is active in northern and eastern provinces; a senior AQIS commander was killed in Paktika as recently as March 2021. A key term of the US withdrawal was the Taliban’s promise to prevent foreign terrorism, and the potential incentives for this (international recognition, foreign aid and so on) are significant.

The long-term bond between the Taliban and Al Qaeda appears to be unbroken, however. Sirajuddin Haqqani, leader of the Haqqani network, an Al Qaeda affiliated faction of the Taliban, has been appointed to the key post of acting minister of the interior, suggesting that the long-term relationship between Al Qaeda and the Taliban will remain durable. Should Haqqani and his broader network gain significant power in Kabul over the medium term, the risk of Afghanistan becoming a staging post for international terrorism will increase. This risk is unlikely to be critical, though, as Al Qaeda in recent years has focused on building local movements rather than exporting terrorism to the West. This strategy is visible in the creation of AQIS, as well as in the growth of franchises across Africa.

ISKP has had a presence in Nangarhar province in eastern Afghanistan since 2015, when it was formally announced by Islamic State spokesperson Abu Muhammad al-Adnani. It is estimated to have around 5,000 fighters, boosted by the release of prisoners by the Taliban in August, and has been responsible for numerous attacks in Afghanistan, including the suicide bomb blast outside Kabul airport on 26 August; in the first four months of 2021, the UN recorded 77 ISKP attacks. Unlike Al Qaeda, ISKP also remains focused on Western targets abroad, and so is likely to pose a higher risk to targets in the West. ISKP views the Taliban as apostates and will almost certainly continue operations against the new government, which in turn will attempt to dismantle ISKP; there is a strong possibility that the Taliban will receive Pakistani and U.S. aid in this effort. This raises the risk of Taliban defections to ISKP should more hardline recruits disapprove of U.S. security cooperation, and the same dynamic is also possible with regards to the Taliban’s governing decisions regarding the role of women, education and so on. Defections could also be caused by the Taliban losing its internal cohesion, if eastern Taliban factions (30-35% of the total Taliban manpower) reject the dominance of the southerners and join ISKP, as they have already threatened to do. The largest facilitating factor to an ISKP foreign attack would be a Taliban fragmentation, as unless this occurs the group is likely to be more focused on surviving local conflicts than international terrorism.

Regional states will be key to shaping the terrorist threat in Afghanistan, with Pakistan and China the most important actors.

Pakistan has famously supported the Taliban for decades, predominantly as a way of ensuring that a pro-India government does not form in Kabul. Islamabad also has a strategic interest in combatting Tehrik-i-Taliban (TTP) or the Pakistan Taliban, which operates in western Pakistan and south-eastern Afghanistan and seeks autonomy for the tribal areas of Pakistan. TTP has escalated its attacks on the Pakistani military since 2020 and remains a substantial threat. Islamabad will desire close cooperation with the Taliban government in their operations against TTP, but reports suggest that TTP recently shifted to fighting with the Taliban against the previous Afghan government, and are now being aided by the Haqqani network in south-eastern Afghanistan. Pakistan will likely find it difficult to pressure Kabul into doing its bidding.

For China, the immediate security concern relates to the Eastern Turkestan Islamic Movement (ETIM), a Uighur militant group that seeks an independent Uighur state. The Taliban have already publicly promised to prevent ETIM from using Afghanistan as a staging post for attacks on Xinjiang, but nonetheless ETIM fighters are reportedly in the country and the Taliban has had a history of cooperating with Uighurs since the 1990s. This creates a delicate balance for the Taliban; Chinese investment is likely to be essential for national reconstruction, yet many within the movement will dislike working alongside a government widely known for its systematic persecution of Muslims in Xinjiang. Aside from Uighur militancy, Chinese investment will also likely not flow if the Taliban sponsor al-Qaeda attacks in Western states, another incentive for the Taliban to prevent the export of violence abroad.

THE TALIBAN’S AFGHANISTAN – EXPORTER OF TERRORISM?

Following the Taliban takeover, whether the country will become a base for terrorist attacks is dependent on the level of Taliban control nationwide, and whether the group manages to secure outside assistance from China or elsewhere. If the Taliban avoids severe fragmentation, perhaps by building a broader, more sustainable coalition, it will maintain the capacity to combat ISKP and other jihadist rivals. A cohesive Taliban would also face significant incentives to prevent Al Qaeda using the country as a staging post for attacks on Western targets and to control the thousands of assorted foreign fighters currently in the country. On balance, though, this is unlikely. The Taliban’s overwhelmingly Pashtun provisional government suggests that the leadership is facing too much pressure for power from Pashtun commanders and is either unable or unwilling to form a more inclusive administration. This administration is likely to remain stable for at least the short-term, given the country’s exhaustion with conflict, but rival power bases will emerge as dissatisfaction rises with what will likely be a southern-dominated, bankrupt and technically incompetent government. Should the West take a more combative stance in the future, involving sanctions or other forms of hard power, terrorist attacks based from Afghanistan could occur in retaliation. Additionally, a fragmenting Taliban government would lose fighters to ISKP, which could take advantage of the chaos and potentially strike at the West.