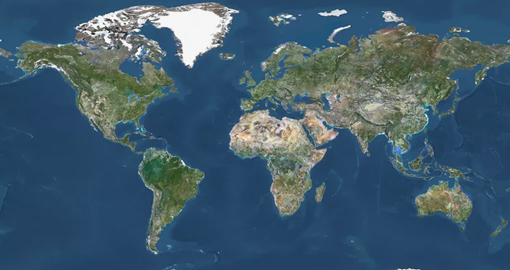 Mass demonstrations marking 200 years of independence are likely. As public dissatisfaction accumulates over persistent political and economic issues, government critics are likely to earmark this historic day for fresh nationwide protests, which may be particularly turbulent given its proximity to October’s presidential election. Last September, both pro- and anti-Bolsonaro factions staged mass rallies amid contention between the president and the Supreme Court.

An upsurge in civil unrest is likely around this contentious election between the incumbent, Jair Bolsonaro, and former president, Luiz Inácio Lula da Silva. Since da Silva launched his presidential campaign in May, the two candidates have been locked in a fierce debate that underlines the extent of polarisation within Brazilian politics. Government critics have expressed concern with Bolsonaro’s authoritarian actions and rhetoric; he is likely to try to provoke unrest should he lose.

Civil unrest is likely in Santiago, where rallies are held annually to mark the anniversary of the military coup in 1973, which toppled the democratic government of Salvador Allende. Last year, participants organised protests throughout the capital, including at the presidential palace and beside the statue of Allende. The event can sometimes descend into violence between organisers and security personnel.

Civil unrest is possible in the lead-up to and aftermath of May’s presidential election, in which leftist and former guerrilla leader Gustavo Petro is pitted against the former mayor of Medellín, Federico Gutiérrez. Many Colombians will be glad to see the end of Ivan Duque’s presidency; unpopular decisions within the government incited widespread demonstrations last year, which nearly forced his resignation. Electoral periods typically coincide with public unrest in Colombia, as well as upsurges in violence as paramilitary organisations seek to increase their political influence.

Following the civil unrest that followed Joe Biden’s presidential victory in 2020, November’s mid-term elections are expected to kindle further political tensions. Two years ago, the elections took place amid an undercurrent of racial animosity sparked by the murder of George Floyd. Tensions are already high as the Supreme Court is set to overturn women’s long-standing abortion rights. Nationwide protests and rallies with a proclivity to turn violent are expected.

One year after the Taliban recaptured Kabul following the West’s 20-year war, Taliban-led celebrations are likely. Terrorist violence is also possible in the city, particularly directed against Western interests.

The vote will be contested by the incumbent Liberal-National Coalition and the opposition Labour Party. The winning party will set the tone for relations with China, which will have long-running consequences for Australia’s economy and security. General elections tend to be held peacefully.

Fears from Bosnian Croats that their influence at a national level will be compromised, and that Bosnian Serbs will continue to push their secessionist agenda, make this one of the tensest elections in 30 years. Some civil unrest is possible in the run-up to and aftermath of the election.

The scale and status of the event is likely to cause travel disruption in Beijing before and during the congress. The greatest impact will be the direction it sets for the CCP over the next five years, economically and politically. President Xi Jinping is expected to secure an unprecedented third term, tightening his grip on the party.

After several years of tightening control over political freedoms in Hong Kong, Beijing is planning to celebrate the event, while pro-democracy campaigners are likely to seek to disrupt the day. In the lead-up to celebrations, security services are likely to ramp up their crackdown on freedoms to avoid public dissent tainting proceedings.

To mark the anniversary of political assassinations against former pro-independence leaders, current pro-democracy activists are likely to lead acts of civil disobedience and protest against the junta. Additionally, militia groups fighting the junta’s armed forces may use this date to ramp up attacks.

The anniversary also marks the beginning of 75 years of hostility between the two nations. This year, Independence Day celebrations could result in civil unrest and travel disruption in both states. In more volatile regions, particularly Jammu and Kashmir, violence by separatists is possible around these dates. In these regions, security measures will be heightened.

The Kremlin may choose to mark this to boost patriotism and support for Putin’s recent expansionist actions. Celebrations are likely in Moscow and sympathetic states such as Belarus and occupied areas of Ukraine. Heightened security measures should be expected to mitigate against any dissent, causing travel disruption.

The first election since the 2017 defeat of long-term ruler José Eduardo dos Santos. The 2017 victory of the MPLA and President Lourenço was associated with voting irregularities and was denounced by the opposition as illegitimate, so this will be seen as a referendum on him. Although voting in 2017 was largely peaceful, there was some violence in the build-up to election day, so there may be some tensions this year.

This has been postponed several times in the last five years, with the current legislature having sat since 2011. The military junta may yet cancel the election again, justifying an extension to its rule by national political instability. The political environment is tense, and civil unrest is possible.

Parliamentary elections in 2017 experienced limited violence in some constituencies; widespread unrest is not expected this year, but a close result may lead to some tensions.

There are no political freedoms in EG, where the PDGE and President Obiang are wholly dominant. Opposition members of parliament are routinely arrested for sedition, and political protests are rapidly dispersed by security forces with violence. At some point in the future, a coup is likely to be attempted, but probably not until President Obiang finally hands over power to his son, so probably not until after this scheduled election.

Civil unrest and terrorist attacks are always possible in Israel and Palestinian territories. Islamist militant groups are likely to use this anniversary to target Israeli settlements and security services.

The last presidential election in 2017 was annulled following reported irregularities, and then re-run, with several incidents of violent civil unrest. With President Kenyatta unable to stand, this is a high-stakes election: tensions are likely, violence is possible.

In the middle of a widespread economic crisis, public frustration with politicians, long-running sectarianism and recent anti-government protests, widespread civil unrest is likely.

Recent elections have been largely peaceful and free of violence.

This election has been delayed several times in the last four years due to the internal conflict and political instability. The candidacies of General Haftar and of President Gaddafi’s son Saif al-Islam will increase political tensions. The political environment is complex and the national security environment is very tense, so violence is possible.

The tournament has long been controversial, given the rumours of corruption, the accusations of mistreatment of building contractors, and the fears for the health of players in the high temperatures. However, civil unrest is unlikely, and the event is expected to be carefully policed.

After the arrest of opposition figures and major civil unrest in 2021, political tensions and violent civil unrest are both likely.

This has already been delayed by 15 months, and will only be conducted by members of parliament. Given the state of national insecurity, Islamist insurgency and political infighting, political violence is possible.

This is likely to be a continuation of the region’s peaceful democratic traditions, with violence unlikely.

A referendum on the constitution, one year after the suspension of parliament. After 12 months of civil unrest, and an ongoing political-economic crisis, more violent unrest is likely.

The first general election since the dissolution of Parliament and the suspension of the government in July 2021, which provoked ongoing civil unrest. Given the security environment, more unrest is likely.