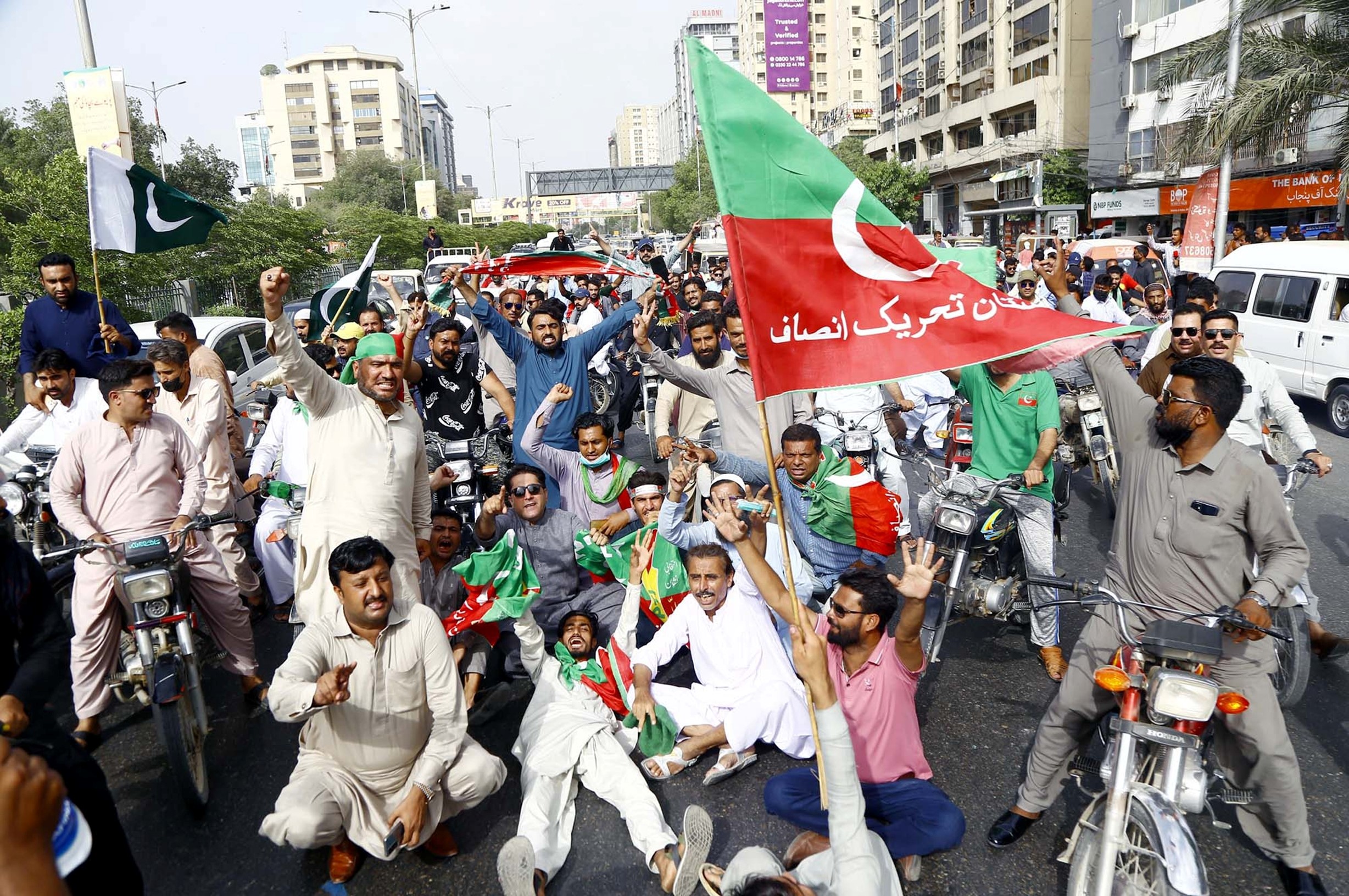 Following the previous government’s mismanagement over a worsening economic and living crisis, Imran Khan was ousted from his position as prime minister on 10 April after losing a vote of no confidence. As a result, not one prime minister of Pakistan, in its 75 years as a country, has yet to complete a single five-year term. The process of Khan’s exit was not done without him trying to do everything to stop it. The former prime minister, who represents the PTI party, initially dissolved parliament to try and avoid being ousted when the motion was first brought forward. With the Pakistan Supreme Court deeming his actions unconstitutional, the vote was carried out and Khan was removed and replaced by Shehbaz Sharif, who has himself been previously embroiled in corruption allegations.

Over a month later, Khan and his supporters went on a ‘long march’ towards Islamabad, demanding new elections but only to violently clash with the police and eventually be dispersed. This march has landed Khan with charges in over two dozen cases, including rioting, sedition, chaos, and armed attacks at the federation. Currently, he is on protective bail until 23 June, when he will then be arrested on those multiple charges.

Aside from the ongoing situation with Imran Khan, Pakistan finds itself in an incredibly weak economic state, which was the main driving force behind Khan’s ousting and remains the overarching political issue in the country. Inflation (13.8% in May) is at its highest rate for 11 years and the rupee had lost 8% of its value against the dollar in April. However, Sharif’s new government is determined to win the approval of the IMF in order to secure critical loans for the country.

One step towards winning this approval was by cutting fuel subsidies to meet IMF demands for a USD3bn loan, which has raised the price of fuel by 20%. Despite the proactive efforts of the new government, the financial crisis is unlikely to be resolved soon and only increases the potential for further instability as utility costs are set to rise again in the near future.

The government has to show a degree of stability in Pakistan in order to convince the IMF to hand out multiple billion-dollar loans. However, and despite being on bail, Imran Khan continues to distract the country’s new government with political threats, supported by his party, the PTI. The constant stream of threats comes off the back of his impending arrest and as long as he does this, he will be jeopardising Pakistan’s attempts to fix its economy.

Recently, the PTI has threatened the new administration with a strong backlash if new elections do not take place and if Khan is arrested. An example of this was Khan warning that ‘the biggest protest in Pakistan’s history’ will take place against Sharif. A PTI lawmaker, Attaullah Niazi, has also threatened Sharif and his administration with suicide attacks if Khan is harmed amid assassination rumours, saying ‘’neither you nor your children will remain. I will be the first one to carry out a suicide attack on you’’. These threats are serious, reckless, and even incite terrorism, but they demonstrate that Khan has no intent to submit; instead, they make the country he previously governed increasingly vulnerable to domestic insecurity.

Imran Khan has also provided motives for his supporters to protest, which will maintain the volatile atmosphere in Pakistan. He has fostered a conspiracy that his ousting was caused by American influence. This is a narrative that his supporters, who are naturally anti-West, cling on to as they protest across the nation while their populist leader is on the verge of being arrested. The momentum of this conspiracy might escalate further due to Sharif’s pro-US perspective, which will make the conspiracy a hard label for Sharif to shake off, despite his and Washington’s adamant denial.

The new government is prioritising fixing the economic crisis, unlike Khan. Increasing the price of fuel and electricity is a necessary evil in this. Nonetheless, it is possible that civil unrest could start across the country due to these cost increases. Imran Khan’s constant barrage of threats also gives an idea about what the future will look like. As an effective way of protesting, he relied on initiating a lot of street protests throughout his tenure, with turnouts in the tens of thousands. The level of enthusiasm for these protests will not waver either, as Khan’s arrest date nears and pressure mounts.

However, Sharif has managed to receive support from the army. Despite high-ranking officers initially stating that they will remain neutral in the dispute between Sharif and Khan, they have recognised Sharif’s party as the new party in power, angering Khan. To achieve such a sentiment from the army in Pakistan is a significant gain in consolidating power and the relationship will end up playing an important role in resisting Khan. Also, it does suggest that the army will not interfere by attempting to remove Sharif, especially considering Khan’s poor relationship with the army throughout his time in power. However, a degree of uncertainty could stem from the appointment of Pakistan’s new army chief in November this year. It is unlikely, but under new command, high-ranking officers might change their opinions on the current government and attempt to intervene, especially if the economic crisis cannot be resolved.

The next general election is set for August 2023, despite Khan’s efforts to initiate a general election now. With the approaching election date and the new government inundated with problems, opportunity for opposition is great. The country finds itself in a position where, in just over a year, another political change might happen, depending on Sharif’s popularity in August next year. To achieve continuity over the next 18 months will be a hard task, regardless of Imran Khan’s presence.