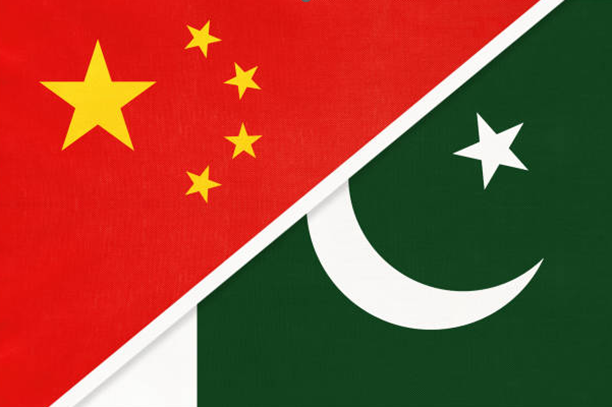 Looming unrest in Pakistan amidst Chinese demands for troop bases

As part of China’s flagship ‘belt and road initiative’, the China Pakistan Economic Corridor (CPEC) has formed the keystone of the two nation’s relations since 2013, with vast capital being poured into the programme. However, as Chinese infrastructure has appeared, so has violent opposition, including lethal bombings of Chinese workers by Pakistani insurgent groups, greatly undermining Pakistani assurances that their own security apparatus is sufficient. In light of these attacks, Beijing has requested to establish China’s own military bases in Pakistan to protect their projects and workers.

However, though ostensibly for local security, China’s demand to station troops in Pakistan is a highly contentious issue. Internationally, the spread of Chinese military capability is deeply concerning to both regional powers and superpower rivalries, and at a domestic level the growth of Chinese presence is troubling across the strata of Pakistani society. Consequently, the prospect of Chinese troops in Pakistan could threaten considerable political and civil unease.

Chinese infrastructure projects for the China-Pakistan Economic Corridor (CPEC) have so far predominantly centred on Gwadar port (as well as the nearby gas terminal and international airport), leased to China for 40 years. China has also begun major construction on other transport and resource extraction hubs including the Bostan Industrial Zone, Mohmand Marble City, Sost Dry-Port and Moqpondass Special Economic Zone.

Beijing has also embarked on an investment partnership more broadly across Pakistan, injecting over USD65 billion since 2013. Major investments have included hydroelectric grids, Huawei fibre-optic communications and railways, including USD7.2 billion on upgrading infrastructure and USD2 billion on the Lahore metro. China has also bought considerable stakes in Pakistani institutions, including 40% of the Pakistan Stock Exchange, and 45% of the Telenor Microfinance Bank. Pakistan has become reliant on Chinese military exports, to the extent that since 2010 70% of its arms have been bought from China (amounting to 47% of Chinese arms exports between 2017-2021).

Islamabad has slowly come to terms that it has fallen into a debt trap, and is now forced to rely on Chinese credit. China now owns 25% of Pakistan’s sovereign debt, lending Beijing significant political leverage over Islamabad: Chinese firms have stated that unless Pakistan pays 300 billion rupees in unpaid dues, they will shut down power stations, plunging Pakistan into darkness.

Given this diplomatic dominance, China has been demanding the establishment of Chinese military bases in Pakistan. This June, the Chinese ambassador Nong Rong held meetings with Prime Minister Shehbaz Sharif, Foreign Minister Bilawal Bhutto and chief of the army General Qamar Javed Bajwa, in which he reiterated demands for military outposts, reminding Pakistan that it had frequently lent bases to foreign armies, including the United States.

Beijing has not yet proposed specific sites for bases. Although some troops will likely be placed at civilian CPEC infrastructure, there is speculation that other sites will be strategically located. For instance, there has been conjecture that China may seek to set up a naval base at Jiwani, 80km down the coast from Gwadar, significantly boosting China’s footprint off the Pakistani coast. Beijing has stated that it is particularly keen to station operational fighter jets at Gwadar airport as soon as possible, at a rate of urgency that has alarmed international commentators.

Chinese presence has continued to grow in Pakistan and has begun to foment considerable popular opposition. CPEC co-operation slowed during Imran Khan’s tenure as prime minister, with the weight of Pakistani resistance coming from grassroots citizens, amongst whom there has been a strong feeling that the BRI is Chinese colonialism. There was major public anger against the decision to lease concessions in Gilgit Baltistan to Chinese mineral companies, and attempts to fence off Gwadar faced such protests that construction was halted and reversed. Balochi fishermen whose livelihood has been destroyed by Chinese overfishing have also been vocal in their opposition. In particular, Pakistanis strongly resent the Chinese practice of importing large numbers of Chinese workers rather than providing employment to local labourers. This is not helped by the fact that Beijing has frequently failed to deliver on goodwill projects, including unexpectedly demanding payment to build desalination plants in Gwadar, and disregarding obligations to construct public sanitation infrastructure. Similarly, there is considerable consternation over the imbalanced trade links that have helped Chinese goods be sold in Pakistan, but not assisted Pakistani goods to be sold in China.

Amidst the wider separatist insurgency in Balochistan, Chinese citizens have become high profile targets for the Balochistan Liberation Front and the Balochistan Liberation Army, who argue that China’s imperialist exploitation of Baloch resources without proportionate compensation amounts to theft. From 2018 onwards Baloch insurgent groups have launched regular IED attacks, including an attempt in April 2021 to kill the Chinese ambassador. In July last year another blast killed nine Chinese engineers, and in May a suicide attack killed three Chinese teachers from the Confucius Institute, resulting in the withdrawal of the institute’s remaining staff. Furthermore, concerns that militants may have begun to collaborate with Uyghur extremists has heightened Chinese fears of sustained, more effective attacks. Crucially, Baloch terrorists have been very explicit in their deliberate policy when targeting Chinese personnel, stating that the attacks have not been part of the broader secessionist campaign, but specifically a response to China’s role in stealing local wealth.

Though relatively muted from most countries, international reactions to China’s demand for troop bases has been characterised by alarm. India in particular has expressed anxiety over the possibility of facing Chinese weaponry on three sides, and after the fall of Afghanistan is painfully aware of its corresponding regional weakness. Delhi is also aware that it has been diplomatically outflanked by Pakistan, and has moved to negate this by accelerating its deployment of Russian S-400 anti-missile batteries for use against Pakistan and China.

Similarly, the United States is deeply suspicious of CPEC and despite the estrangement between Washington and Islamabad, is highly concerned that China is taking advantage of Pakistan’s economic weakness to muscle its way in financially and militarily. Washington regards China’s demand for bases as part of its broader campaign for military expansion over global trade routes, including the South China Sea and Djibouti naval base.

Importantly, China is reportedly seeking to establish bases in neighbouring Afghanistan as part of its larger plan to incorporate the country into the BRI. This is highly unlikely to occur as Beijing’s hopes of Taliban compliance have not occurred (e.g. it has not handed over Uyghur insurgents), however it demonstrates the scope of China’s ambition for regional military hegemony. Foreign troops in Afghanistan is a sensitive matter for the region regardless, and would be a strongly provocative move for the US, possibly returning Afghanistan to a site of proxy conflict.

In the face of Chinese demands for outposts, Pakistan’s government has a serious dilemma. As a major debtor for whom Chinese capital is a vital lifeline, Islamabad cannot afford to risk irritating Beijing and the withdrawal of its economic cooperation, and so is largely constrained into accepting concessions. However, to do so would be to incur the inevitable fury of the Pakistani populace, which would view the imposition of Chinese bases as a humiliation, and a confirmation of Pakistan’s subjugation to its neighbour. Attacks on Chinese personnel would likely increase, and potentially threaten the future development of the BRI.

However, far more problematic for Pakistan is the possibility of a government collapse as recently seen in Sri Lanka. Identical to Pakistan, Colombo accepted Chinese loans to try to escape its staggering debt crisis, under the burden of which it defaulted, and was leveraged into signing over its two largest ports (both built under the BRI) on a 99-year lease. Since then, Sri Lanka has collapsed into economic and political chaos, suffering serious fuel and goods shortages, and violent protestors storming government buildings. Ultimately, Chinese loans can temporarily keep Pakistan afloat, but the failure to wean itself off could cause the country to implode amidst civil unrest and lethal violence.